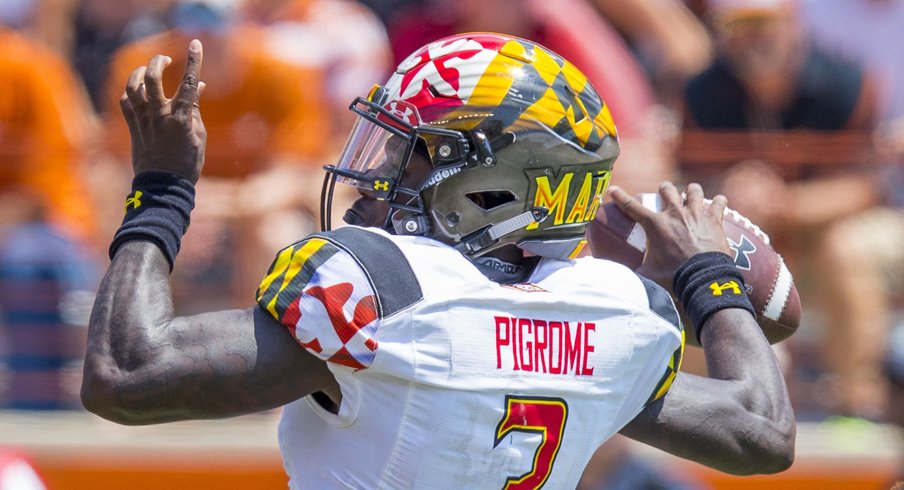 COLLEGE PARK, M.D.—Former Clay-Chalkville quarterback Tyrell Pigrome is set to start at quarterback for Maryland against Ohio State and for the rest of the year. 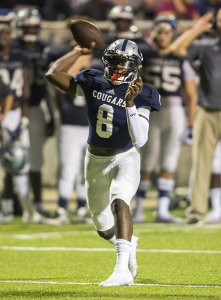 Former Cougar quarterback Tyrell Pigrome lit up the field in his days at Clay-Chalkville.

After starting quarterback Kasim Hill was injured in the Indiana game, Pigrome took over, almost leading the Terrapins to a comeback win last Saturday. Pigrome finished the game 10-of-13 passing for 146 yards and a touchdown. Pigrome also had eight carries for 19 yards on the day as well.

After losing the starting job to Hill at the beginning of the season, Pigrome has seen action at various times in all but one of Maryland’s games. On the year, Pigrome is 17-of-31 for 195 yards passing, one touchdown and one interception. Pigrome also has 38 rushes, 166 yards and one rushing touchdown on the year as he has come in on specific plays and even whole drives to spark the Terrapin offense at times this year.

Pigrome is no stranger to knee injuries as he suffered the same injury last year in his first start against Texas in the Terrapins upset win over the Longhorns. Before the injury in the third quarter, Pigrome was 9-of-12 for 175 yards passing and two touchdowns to go along with 11 rushes for 66 yards and a rushing touchdown in building a 30-14 lead over the Longhorns. Pigrome redshirted last year and began the 2018 season as Hill’s backup.

Now with two regular season games to go against Ohio State and Penn State, Pigrome will be put in charge of leading Maryland to at least one more win to become bowl eligible. Pigrome lead the Terrapins to their first win over a ranked Texas team, the first win against a ranked opponent in seven years for the Terps, so he is obviously capable of pulling it off.

Maryland will welcome in the 10th ranked Ohio State Buckeyes on Saturday. Kickoff is set for 12:00 p.m. ET on ABC.