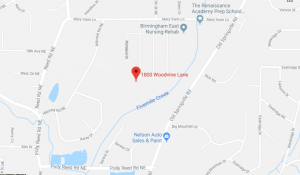 At about 10 p.m., deputies responded to a report of a woman shot by her husband at a residence in the 1800 block of Woodvine Lane.

It was reported that a 31-year-old man had shot his 31-year-old wife and then shot himself.

Deputies arrived to find the woman suffering from a gunshot wound. She was transported to an area hospital with serious injuries. The shooter was pronounced dead at the scene.

According to the Jefferson County Coroner/Medical Examiner’s office the husband has been identified  as 31-year-old black male Darius L. McDaniel.