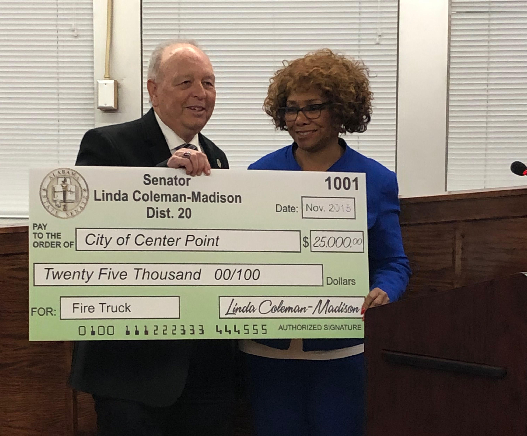 CENTER POINT — The Center Point City Council met on Thursday.  After preliminary business was attended to the council addressed several issues of concern to the city.

Mike Gray of Tacala LLC, which is the largest operator of Taco Bell franchises in the U.S., addressed the council about the proposed construction of a new Taco Bell in Center Point.  It is hoped that construction of the new restaurant will begin in mid-December and will be completed by mid to late March. The proposed location is 100 20th Avenue.  The building will be one of the new style Taco Bells with take-out and in-house dining; with approximately 62 seats located inside the restaurant.  The location could employ between 30 to 40 workers.  Plans for the new Taco Bell will have to be reviewed and finalized by the city, also the property will need to be rezoned before it can be used for a restaurant.

The council voted on a motion to adopt an economic development resolution for Tacala LLC.  The ordinance will make a recommendation to the zoning board that the property, Taco Bell will need for their restaurant, be rezoned for commercial use.  It will also provide a tax break. The resolution, 2018-74, was passed unanimously.

The council discussed the possibility of getting a new sign and a new name for what has been commonly known as Civitan Park.  The city is in the process of taking ownership of the park.

The council announced that there will be a public hearing, on Dec. 6 at 6:15 p.m., on the renewal of the contract with Advanced Disposal. The new contract will require everyone in Center Point to have garbage/trash service.  The public hearing will be held at the city hall.

Coleman-Madison presented the city with a check for $25,000.  The funds were generated by a one-cent sales tax in Jefferson County.  Funds generated by that tax were originally limited to being used to retire the debt on school bonds, but the state legislature has recently made them available for other needs.  Center Point will use the money to help pay for a new fire engine it plans on purchasing with a couple of other cities.

Special recognition was given to the Center Point football team.  The team is doing exceptionally well this year; winning their first-round playoff game against Russellville with a score of 22-8.  On Friday they will face Etowah in a home game.