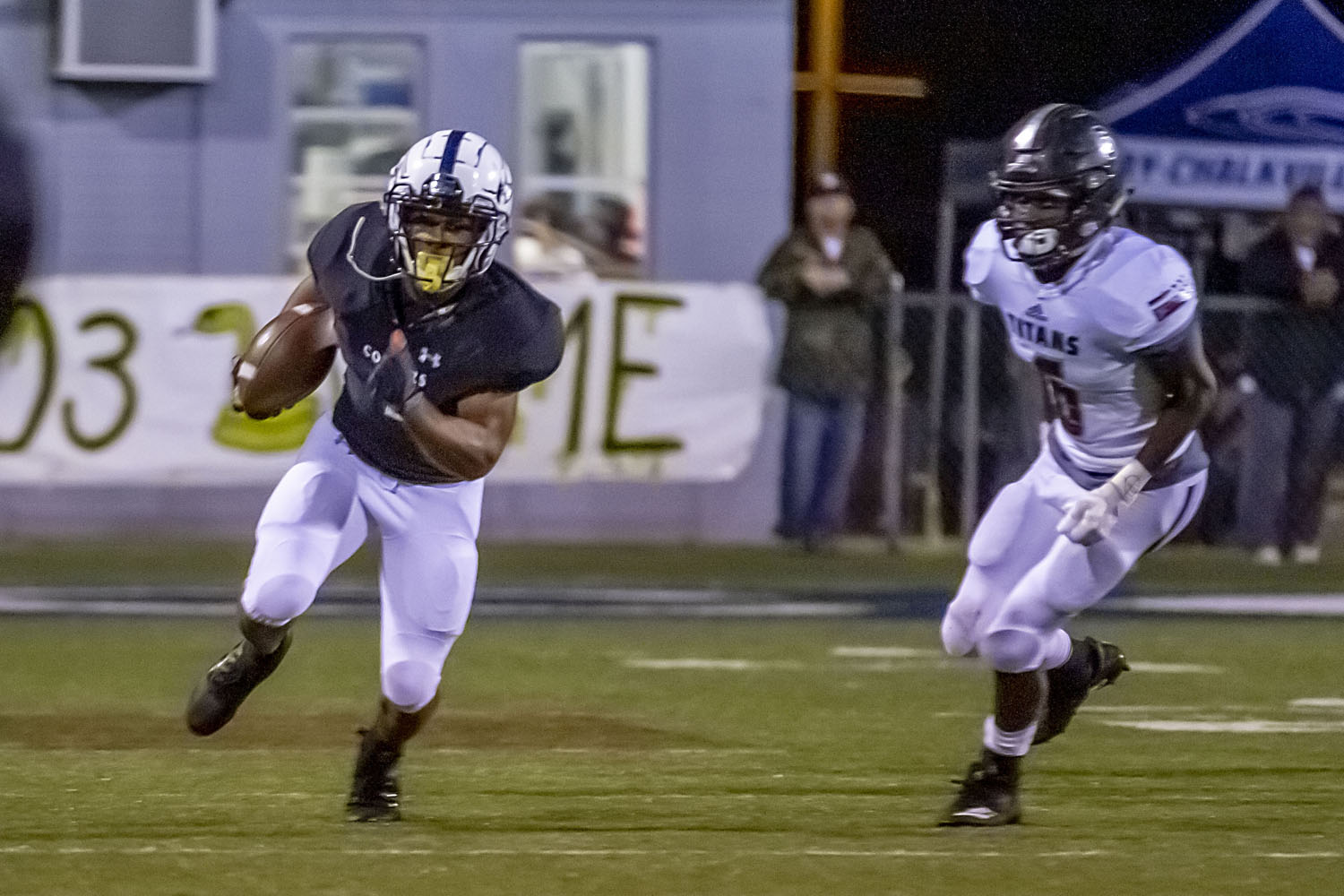 CLAY— The matchup between the Clay-Chalkville Cougars and Hartselle is the first ever meeting between the two teams and one of the big round two games in these playoffs. The Tigers enter round two after defeating Pelham 35-7 while the Cougars come in after a 45-6 win over Mae Jemison.

The Tigers are pretty familiar to playoff football as they have been present in all but one year in the past ten seasons. Head coach Robert Godsey is in his 16th season as head coach for the Tigers and has posted a winning record in all but one season.

Hartselle comes in without a loss this season and have been riding on an impressive defense that has only given up an average of 8.9 points per game. The Tigers have not allowed an opponent to score than 17 points which came in week one of the season. This Cougar offense will be the most athletic the Tigers have faced to this point.

The Cougars average 41.7 points per game and have been on a tear this season. Quarterback Willie Miller did not have the best performance passing the ball last week going only 4-for-11 but with a team highly under matched he was only needed for one half in order to secure the victory.

The Cougar defense is no slouch themselves. They have played exceptionally well and will face a very fundamentaly sound offense that is not going to blow you away with points galore, but will wait for you to make a mistake and take advantage of the misfortune. The Tiger offense averages 29.6 points per game and do not mind running the ball. They scored 35 points last week with only 45 yards passing.

This matchup should be very telling. On one side you have an undefeated team who hopes to finish the season with an unblemished record and looks to stay that way in hopes for a state championship run. The flip side of that, you have a team who has suffered one loss to the defending state champions with hopes of continuing the successful play that has gotten them to this point. It is round two football of the Alabama state playoffs, at this point it is all about what happens between those white lines when the clock strikes 7:00 p.m. Friday night in Hartselle, Alabama.