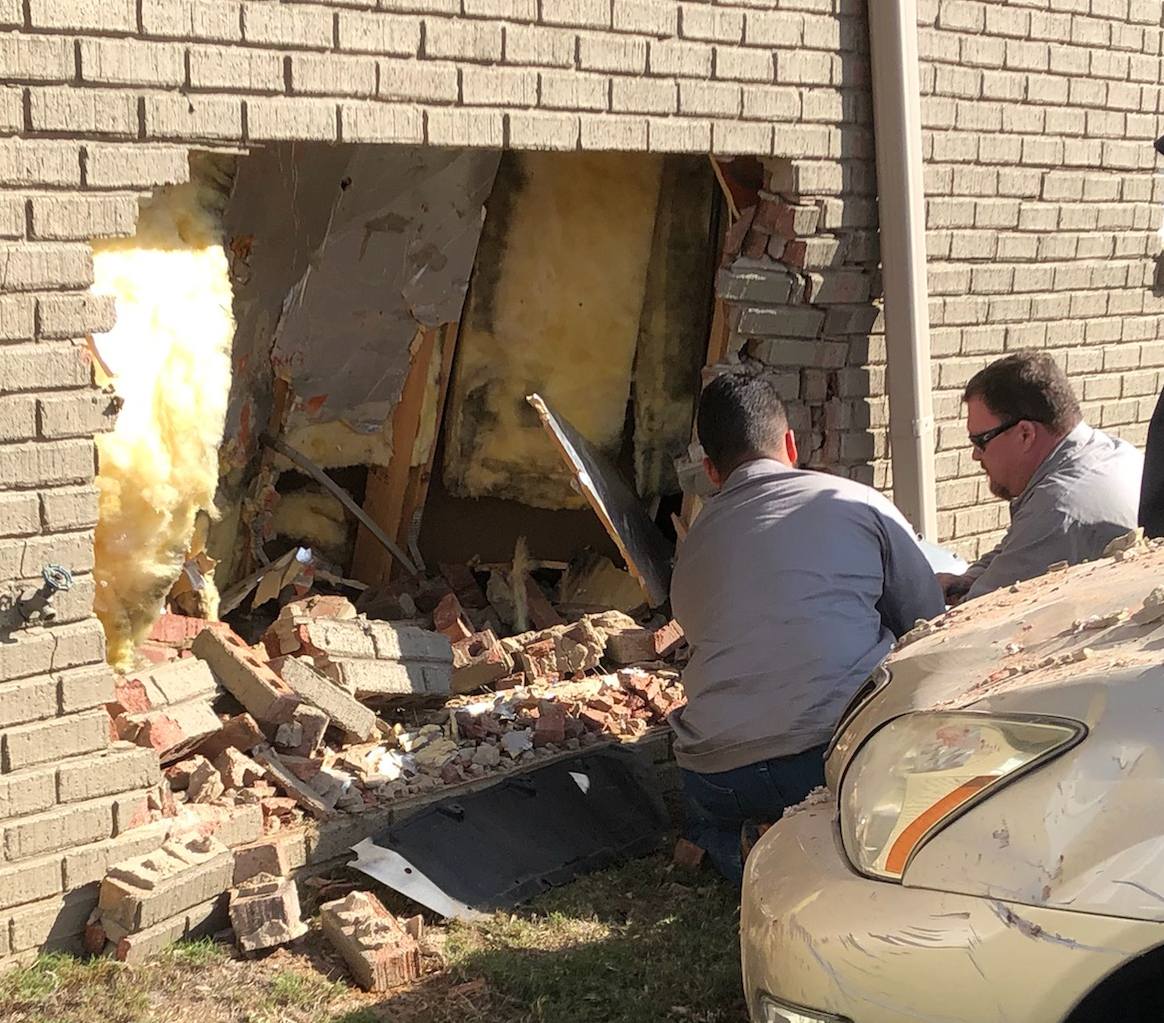 Car crashes into building in Trussville

TRUSSVILLE – The phrase “crashing into a building” took on a new meaning Friday afternoon when an SUV who was trying to park at Moe’s BBQ crashed into a doctor’s office in Trussville.

An image submitted shows damage both to a silver Lexus and the side of the Birmingham Integrative Health building.

“It was the scariest thing I have ever experienced,” said a patient who was waiting inside an examination room located underneath the window by the crash site. 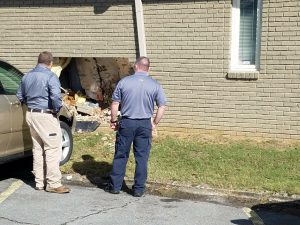 “I was in a room reading a magazine around 12:20 p.m. when I heard a loud crash. It was so loud and the sound kept continuing.”

The patient said a million things were running through her mind and once she opened the door to the hallway is when she saw a nurse who had discovered the crash.

“She looked into the area and screamed. She yelled, ‘A car just crashed into the building!'”

Shortly after the crash, occupants of the building were asked to quickly vacate due to a gas leak which occurred from the accident.

Trussville first responders were on the scene. No one was injured.

The patient added that the staff remained professional and effectively took care of their patients before and after the accident.