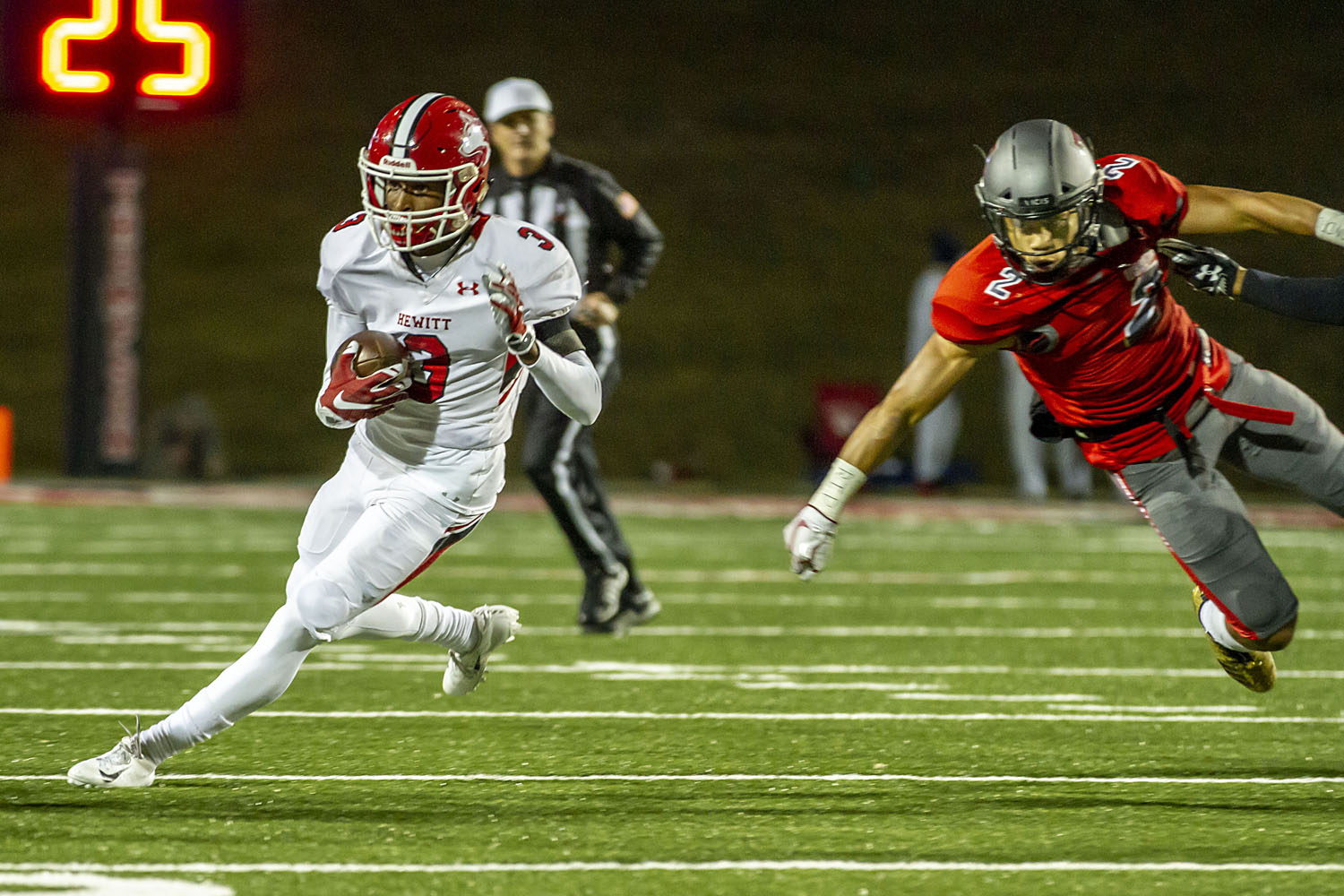 Huskies fall to Thompson 37-13, season ends in the second round

ALABASTER— In the rematch of big time week nine matchup, Hewitt-Trussville found themselves on the losing side once again to the Thompson Warriors falling 37-13 in Alabaster. The loss has eliminated the Huskies from championship contention with a 8-4 record for the season.

Thompson started the game hot scoring in two plays on their first possession with a three yard touchdown pass by Warriors quarterback Taulia Tagovailoa to receiver Michael Pettway to take a 7-0 lead with over ten minutes left in the first quarter.

The Huskies then took over and after a long drive where the offense looked physical and precise ended with disastrous results as quarterback Paul Tyson was intercepted by a Warriors defender inside the redzone.

Thompson ended the drive with a field goal after the turnover to take a 10-0 lead which they held till the end of the quarter.

The Huskies put points on the board in the second quarter after Tyson found Jamyre Reese for a 24 yard touchdown pass to cut the deficit down 10-7 with about seven minutes left before halftime.

Thompson took the momentum for the rest of the half after a 24 yard touchdown run from Shadrick Byrd to give the Warriors a 16-7 lead with less than 2 minutes to go before halftime. On the ensuing kickoff, Huskies Ja’Varrius Johnson fumbled the return and the Warriors gained one more possession after recovering the ball.

The Warriors turned the mistake into points after Tagovailoa found J.B. Mitchell for a 46 yard touchdown to put them up 23-7 heading into halftime.

The third quarter was very physical as both teams seemed to have their cleats in the turf and refusing to give one another an edge. The scoreboard remained the same 23-7 as the fourth quarter began.

The Huskies looked to make their comeback in the fourth quarter but Tyson was again intercepted by the Warriors and returned all the to the Huskies’ 24 yard line. The next play, Tagovailoa took it in for a rushing touchdown to take a 30-7 lead with a little over 11 minutes left in the game.

The Huskies kept fighting and reached the endzone one more time as Tyson found Dazalin Worsham for a 37 yard touchdown but a failed two-point conversion left the game 30-13.

The Warriors added what proved to be their final score after Jarrett Crockett ran for a 21 yard touchdown for a 37-13 lead.

The Huskies gained one more possession but also ended in an Tyson interception which effectively ended the game. He finished 13-of-34 for 163 yards with one touchdown and three interceptions.

Tagovailoa completed 11 of 17 passes for 141 yards and two touchdowns and also ran for one touchdown. Runningback Shadrick Byrd rushed for 160 yards on 24 carries, including a 23-yard touchdown run.

The Warriors will advance to face the Hoover Bucs in the semifianls next week from Hoover.