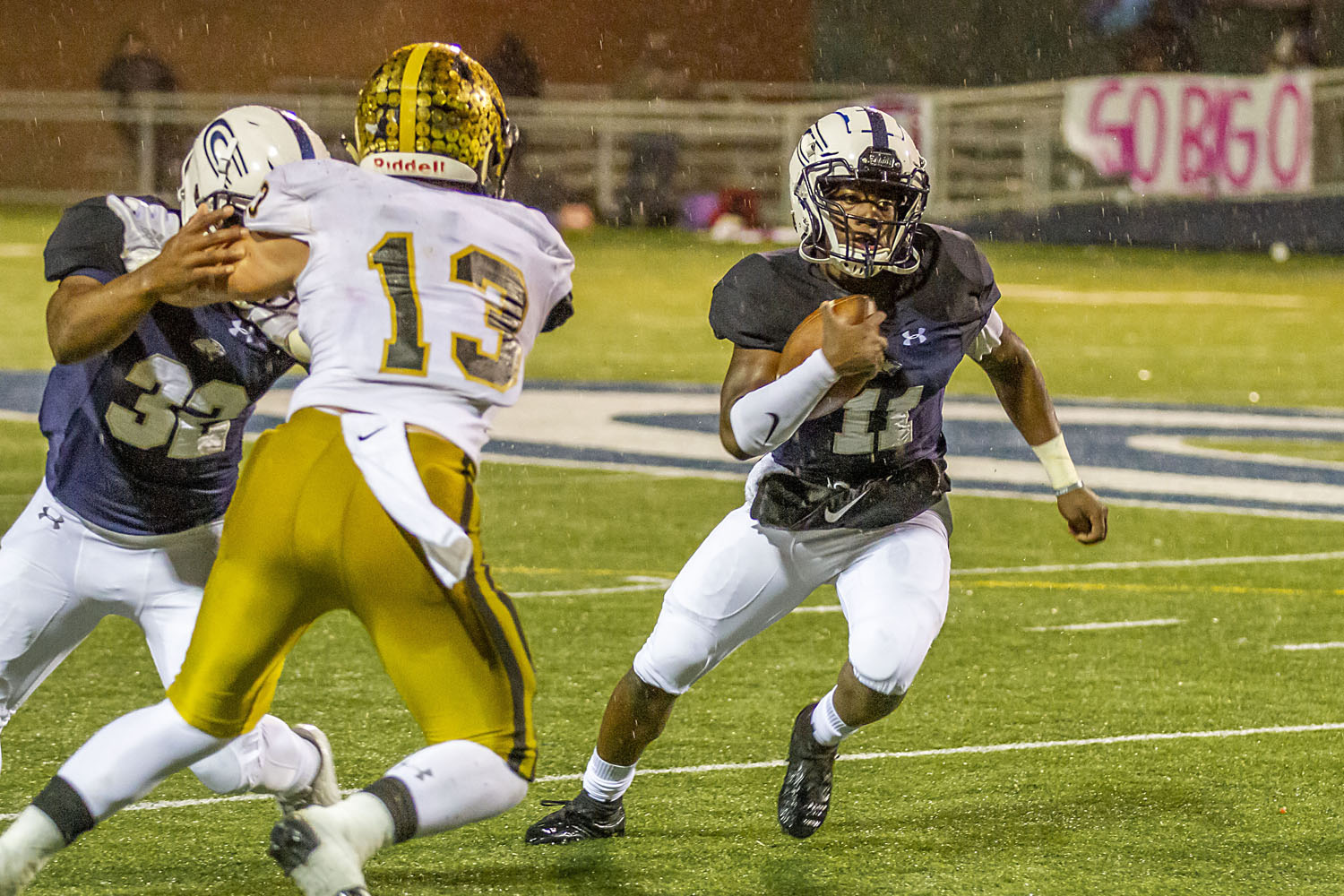 CLAY- The Clay-Chalkville Cougars handled the Oxford Yellow Jackets in their second battle of the season 45-9 to advance to the semifinals of the Alabama High School Athletic Association state playoffs in class 6A.

“I’m extremely proud of my group of guys cause all the work that they put in is showing up each and every week,” Cougars’ head coach Drew Gilmer said.

The Cougars jumped out to an early 7-0 lead after quarterback Willie Miller snuck across the endzone from one yard out on their first possession of the game.

Oxford answered back with a 72-yard touchdown run from runningback Tye Smith-Lindsay to tie the game 7-7 early in the first quarter.

After an interception from cornerback Jaylin Mack, the Cougars added a touchdown after Miller found Demarcus Burris for a 12-yard touchdown to take the lead 14-7 at the end of the first quarter.

Logan Pruett caught a 19-yard touchdown pass from Miller with about a minute left in the second quarter to give the Cougars a 21-7 lead heading into halftime.

The second half started very strong for the Cougars as Miller used his legs once again to find the endzone for his second touchdown on the ground, this time from 54 yards, making the score 28-7 Cougars.

After a Jaren Vanwinkle field goal, the Cougars added another third quarter touchdown as Alabama commit D.J. Dale scored from one yard out to take a 38-7 lead into the final quarter.

The Cougars added one more touchdown as Courtney Braxton scampered into the endzone from 34 yards out to give them a 45-7 lead in the fourth.

Oxford added two points as Vanwinkle was unable to handle the snap on a punt and was forced to push the ball out of the back of the endzone to force a safety, making the final score 45-9.

The Cougars were led by Miller as he threw for 132 yards and rushed for 202 with four total touchdowns.

Pruett was his favorite receiver as he had over 100 yards receiving and one touchdown.

The Cougars will travel to face Pinson Valley in the semifinal round next Friday at 7 p.m. at Willie Adams Stadium.