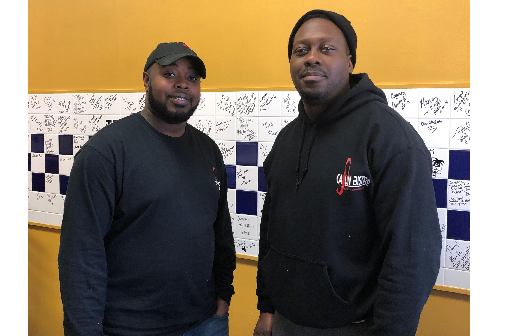 CENTER POINT – Much like the city, itself, the food of New Orleans presents a unique experience, and once you’ve had a bite, you’re going to want more. 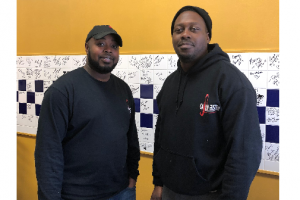 This presents a problem. It is impractical, if not impossible, to jet down to the French Quarter every time the urge for a fried shrimp po’boy, bowl of gumbo, or plate of red beans and rice strikes. A new restaurant in Center Point has the solution.

Cajun Bistro was started by three friends: Omar Rasoul, Micheal Duncan Jr. and Anthony Redeaux.  They have made it their mission to bring the taste of New Orleans to Center Point and the surrounding areas.

“We have not had our grand opening yet,” Rasoul said. “We’ve been working under our soft opening, just to work the kinks out; but now that our sign is here, we’re going to get that installed this week and then we plan on having our grand opening, hopefully, two weeks from today.”

Once the grand opening rolls around, the Cajun Bistro is going to have plenty to offer for even the most ardent devotee of NOLA cuisine with a menu that will include shrimp po’boys, catfish po’boys, smoked andouille, shrimp and grits, NOLA chicken and waffles, and, of course, red beans and rice.

“Red beans and rice is a dish we are working on right now,” Rasoul said. “Just to make sure that we can perfect it and we will be ready (with it) by the time we have our grand opening.”

Although the grand opening is two weeks away, fans of New Orleans flavor can still drop by the Cajaun Bistro and get an excellent bite to eat.

Diners can also get the Cajun crab legs, which have, so far, been their biggest seller.

The response to the Cajun Bistro has been exceptional.

“Center point loves us and we love Center Point,” Rasoul said. “It has been a shock to me. We don’t even have a sign on the building and people have taken the time out to find us and spread the word. Word of mouth is very powerful and the fact that all these people have been able to find us just from Facebook and word of mouth has just been remarkable, and if you read some of the comments most of them are saying, ‘thank you for coming to the East Side,’ or ‘thank you for coming to Center Point.’ It’s just been good.”

According to Duncan, “The people of Center Point and the Birmingham area have been tremendous.  They’ve been patient with us and we just appreciate that.”

About halfway up the walls runs a section of checkered tiles in blue and white.  That section is a testament to the enormity of response that Cajun Bistro has received.

“When we first got in here, the white and blue tile kind of threw us off with our color scheme,” Duncan said. “We were just trying to figure out what we were going to do with it and we thought of just ripping it off of the wall. Then I came up with the idea of using the tile to have the clientele come in and sign in it. We thought it was going to take a while (to fill up), but I don’t think we have much room left.  We’re already thinking about installing more rows of tile so people can have an opportunity to sign.  It is over a thousand people!”

Support for the Cajun Bistro hasn’t just been from the public.

“The mayor came out here and signed the wall; been very supportive in sending people out here,” Rasoul said. “The city council people have come down here to support us and everything. It has been great.”