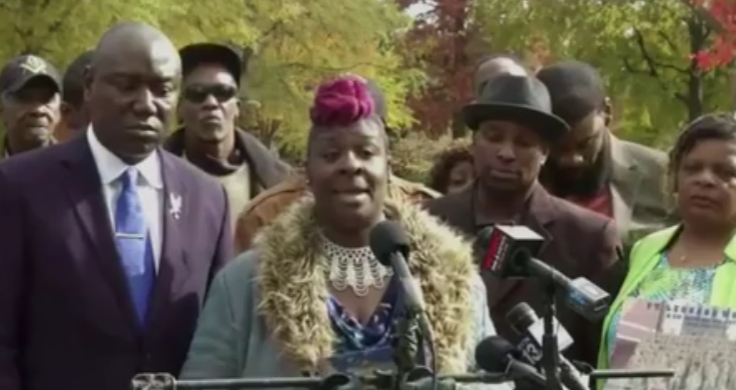 HOOVER –Amid growing questions, protests, and demands for an apology from the family of  Emantic Fitzgerald Bradford Jr., the Hueytown man shot and killed by a Hoover police officer, the city of Hoover and the police department issued a joint statement at 1:40 a.m. Monday.

In the joint statement, the city and the police department offered sympathy to Bradford’s family and all of those affected by the Thanksgiving Day shooting at the Riverchase Galleria that left Bradford dead, two others wounded— an 18-year-old man and a 12-year-old girl—and several more injured in the ensuing chaos.

“Beginning today, we will provide weekly updates to news media each Monday by 10:30 a.m. Central time,” the joint statement said. “We hope this helps keep the media and the public informed of what we know and are able to share without jeopardizing the investigation. We will also keep the public informed of any developments through our website and the social media pages belonging to the City and to the Police Department. Should significant developments occur prior to any given regular Monday update, we will provide that news as soon as we can.”

On Saturday, Bradford’s family held a protest at the Galleria and marched through the mall carrying signs. They stopped at the spot where Bradford was shot and held a brief vigil.

Sunday, at a press conference at Kelly Ingram Park in Birmingham, the nationally known civil rights attorney hired by the Bradford family, Benjamin Crump Jr., said Bradford was shot in the face by Hoover Police and allowed to bleed out. Crump demanded an apology for the family and insisted that all video of the incident should be released to the public.

Thursday night following the shooting, Hoover Police and city officials originally said Bradford was the shooter that wounded at 18-year-old man during an altercation in the mall and also wounded a 12-year-old bystander.

By Friday, the police department reversed earlier claims and said Bradford was likely not the mall shooter and the real shooter remained at large.

In Monday’s statement, the city and police department stood by their insistence that police came on the scene of the shooting and saw Bradford “brandished a gun.” The statement said all video evidence had been turned over to the Jefferson County Sheriff’s Office and subsequently turned over to ALEA, which is handling the investigation. Hoover Police are conducting their own internal investigation.

“We can say with certainty Mr. Bradford brandished a gun during the seconds following the gunshots, which instantly heightened the sense of threat to approaching police officers responding to the chaotic scene,” the city’s staement said. “Body camera video and other available video was immediately turned over to the Jefferson County Sheriff’s Department as part of the investigation. Now, all evidence has been handed over to the Alabama Law Enforcement Agency (ALEA) to lead the investigation. Release of any video will be done as ALEA deems appropriate during the investigation.”