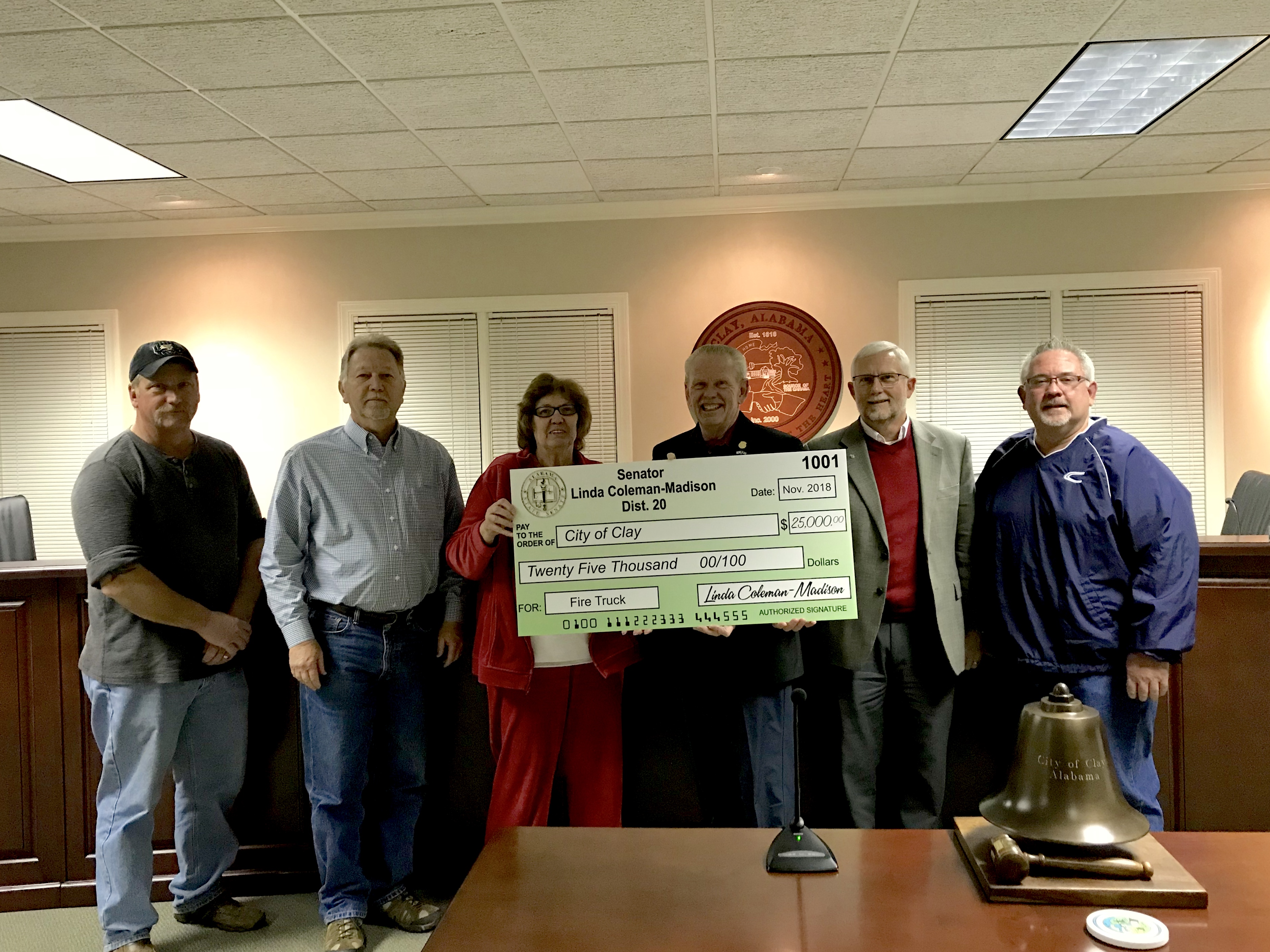 The Clay City Council presented a giant check at its council meeting Tuesday night from Alabama State Senator Linda Coleman-Madison for the purchase of a new fire truck for the Center Point Fire District. The check was in the amount of $25,000.

“This is my understanding, the one cent money that was the Larry Langford tax that built all the schools in the county, when they re-did that the year before last, then each senator from Jefferson County and each House member from Jefferson County got a certain amount of money,” City Manager Ronnie Dixon said.

According to Dixon, the money from the tax was divided between the senators and House members to be used to benefit the cities they represent. The funds could go toward the improvement of schools, libraries, fire stations, etc.

Dixon said that he believes the new fire truck will be housed at CPFD Station 4, off Clay Palmerdale Road, located in Clay.

The city will present the check to the fire department on Dec. 8 at the CPFD Christmas/retirement party.

In other city business, the council unanimously passed two resolutions authorizing the elimination of public nuisances, consisting of weeds and personal property, from properties in Clay. Prior to passing the resolutions, the council held a public hearing for the properties, but no one was present to speak for or against the properties.

The council’s next meeting will be held at Clay City Hall on Tuesday, Dec. 11 at 6:30 p.m., following a pre-council work session at 6 p.m. The second December council meeting has been moved to Tuesday, Dec. 18, due to Christmas falling on the fourth Tuesday of the month.