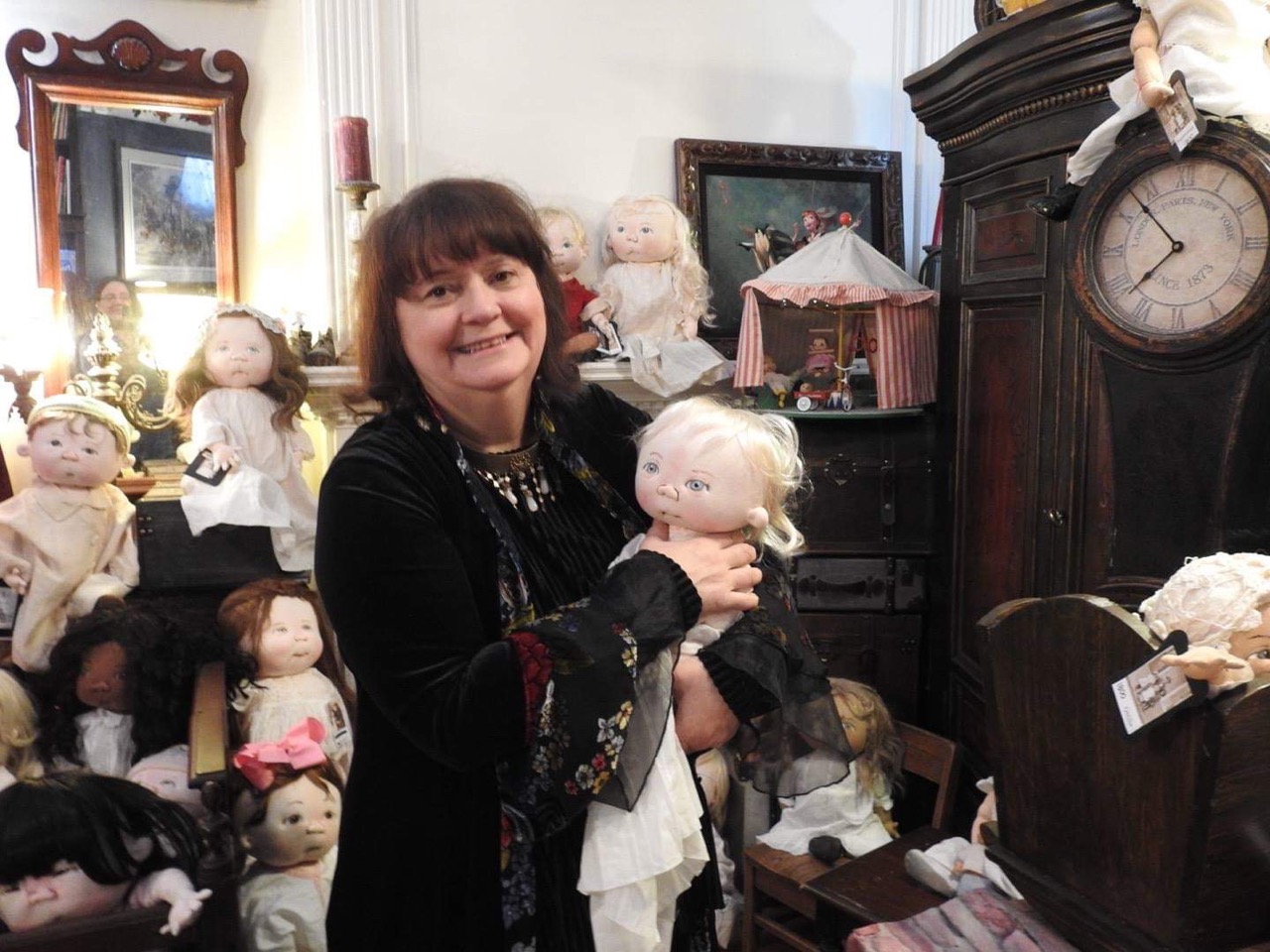 Trussville doll artist sells dolls all over the globe

Combining a love of sewing and childrens books, artist Jan Shackelford was inspired to create dolls as a part-time hobby for extra money. Little did she know that, in a few years, she would have a thriving business.

Being inspired by her favorite artist, Eloise Wilkin, her dolls have taken a timeless look, drawing people to her art.

“My very first doll that I loved was an Eloise Wilkin doll called Baby Dear,” Shackelford said. “I didn’t know it was one of her dolls until just a few years ago.”

When asked when she first knew she wanted to do this, she laughingly said, “I didn’t know it, it (just) happened.”

Shackelford started out making dolls from her house. She was asked by the owner of Feltman Brothers Clothes what she was doing with all their clothes. He told her she bought more than Macy’s.

Soon after, they teamed up to create Jan Shackelford Originals, Inc. They were partners for many years. Now with a global internet audience, she sells one of a kind, hand-sculpted dolls with her daughter, Lindsey.

Looking back on her greatest influences, she speaks of her mother’s love of sewing, credits her high school sewing teacher with a great foundation, and her older sister, Nancy, for sharing her love of art. She plans to continue her business and plans to publish her own children’s books.

“For the longest time, I wanted to make a difference,” Shackelford said. “Days I would think, ‘These are just dolls, what’s the big deal?’ Then I hear that they help a lot of collectors through hard times and I knew it was God.”

For their project, the students of FCCS are collectively writing a book called Everyone Has A Story, which will profile noteworthy Alabamians, selected by the children.
The middle and high school students took a six-week Journalism class in the fall where they learned to write profile news stories about everyday heroes, while the elementary students are writing biographies of famous Alabamians.