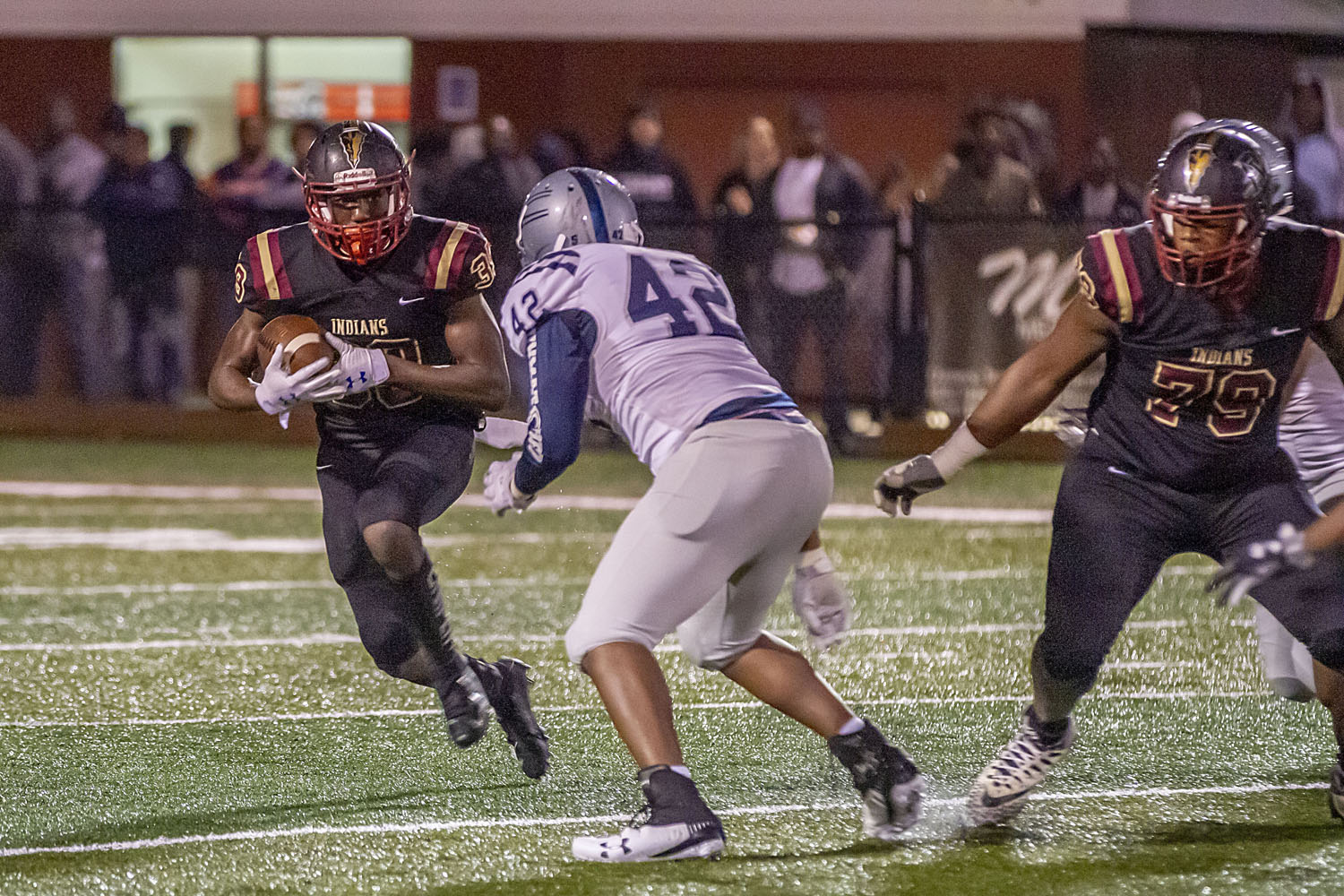 PINSON—Pinson Valley will have a chance to defend their 6A crown after defeating region rival Clay-Chalkville tonight 28-20. With the help of their defense, who took advantage of some timely turnovers, the Indians were able to build just enough of a lead to take down the Cougars.

Both teams were lead by their strong defenses in the first half as both teams finished the first quarter scoreless. Running back Courtney Braxton put Clay-Chalkville on the board first with a 52-yard touchdown run early in the second quarter to give the Cougars a 7-0 lead. Bo Nix answered the call on a fourth down touchdown pass to Demarion Holloman for a 29-yard score to even the game at 7-7.

Turnovers were huge in this game as Clay-Chalkville had the first of several on the ensuing kickoff, fumbling the ball away to the Indians on the 13-yard line. Nix found Gaquincey McKinstry on a 13-yard pass to give the Indians their first lead of the game, a lead they never gave up.

After taking the 14-7 lead into the half, the Indians began the second half of the game with the ball, starting at their own 5-yard line after a sloppy kickoff return. The Indians drove 95 yards, eating a lot of third quarter time, scoring on a Nix to Keyonteze Johnson completion that went for 34 yards and a touchdown. The Indians lead 21-7.

Not to be outdone, Cougars quarterback Willie Miller lead the next drive down the field and eventually scored on a 33-yard touchdown run himself to cut the lead back to one score, 21-13. Clay-Chalkville would get a huge 4th down stop on their own 3-yard line preventing the Indians from adding to their lead. The Cougars would again have a crucial fumble after Miller had to sit a play out after being injured. The Cougars would fumble the next play, giving the ball back to Pinson Valley. The Cougars did force another punt and once again had a chance to tie the game.

On the next drive, the Cougars drove down inside the Indians 7-yard line with first and goal to goal and failed to score after another huge fumble that was kicked while trying to be fielded by an Indians defender all the way back to the Cougars 43-yard line. The Indians would again take advantage of the turnover as Nix hit Holloman again on an 8-yard pass to give the Indians a 28-13 lead.

Alabama commit and Clay-Chalkville defensive lineman DJ Dale would add a late touchdown on a jump pass Sam Thomas for eight yards but the ensuing onside kick was recovered by Pinson Valley who ran out the clock.

Nix finished the game 24 of 51 for 326 yards and four touchdowns. Nix also became the all-time leader in total yards on Friday night eclipsing 11,000 total yards in his career. Clay-Chalkville’s Courtney Braxton lead all rushers with nine attempts, 111 yards and one touchdown. Pinson’s Keyonteze Johnson lead all receivers with 14 catches for 208 yards and one touchdown. The stat of the game comes in the turnover column as Clay-Chalkville had four turnovers on the night while Pinson Valley did not turn the ball over once.

Pinson Valley will take on Saraland for the 6A state title next Friday in Auburn.