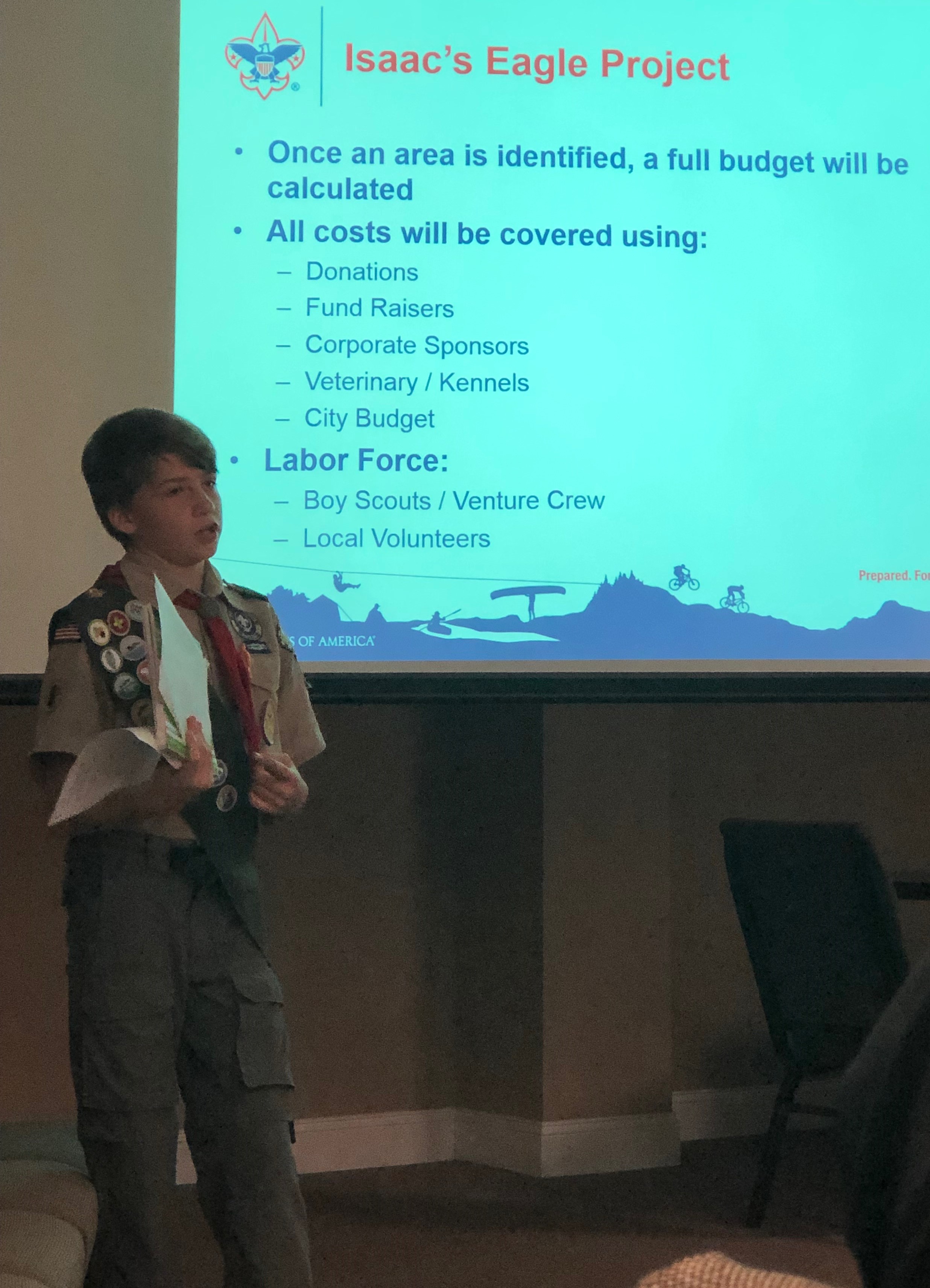 SPRINGVILLE – Alabama Scout Troop #124 member Isaac Puckett presented the Springville City Council with a proposal to turn unused city property into a multi-functional dog park. If allowed, the project will serve as Puckett’s required project to promote to the rank of Eagle Scout.

Mayor William Isley Jr. notified council members and public that he will regrettably not be in attendance at the Christmas Parade and other holiday activities.

“I have been diagnosed with a serious medical condition requiring that I have immediate surgery,” he said.

The mayor will be at St. Vincent’s Dec. 7 – 14 and expects to fully recover within four to six weeks, returning to light duty within two to three weeks.

The council unanimously agreed to pursue a purchasing contract of four acres of land at 101 Camp Road. Drainage from the lot in question has negatively impacted the fields within Springville City Park. Acquiring the land would provide the city an opportunity to reroute drainage while also improving the safety and aesthetics of the lot for improved public parking.

Council members voted to cancel the Dec. 17 meeting and postpone the Jan. 7 meeting. Due to these modifications, the next regularly scheduled meeting will be Thursday, Jan. 10, at 6:30 p.m. at Springville City Hall, following a 5:30 p.m. work session.