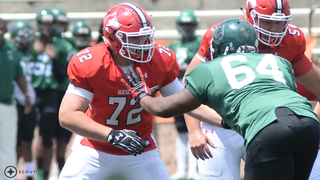 TRUSSVILLE — Hewitt-Trussville senior offensive lineman Pierce Quick has been named a finalist for the Bobby Dodd National Lineman of the year award.

Since 1987, The Touchdown Club of Atlanta has given this award with national recognition to some of the best players in high school football. Former winners include NFL and SEC players like Cam Robinson and Jadeveon Clowney.