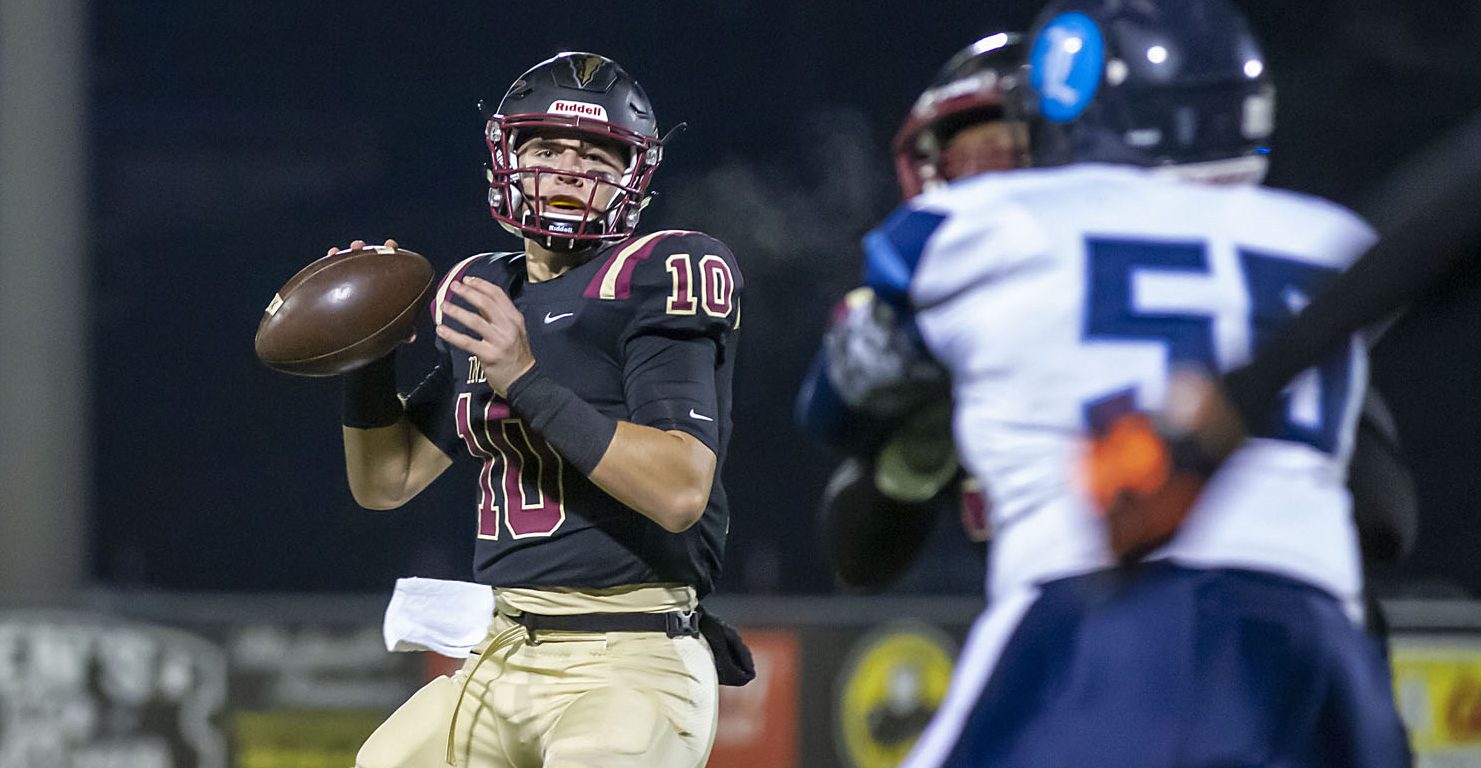 Super 7 move to Auburn, Tuscaloosa was a ‘happy accident’

Ironically, the impetus for the move of all six title games – at the time – to the University of Alabama campus came from a couple of civic-minded men from Auburn.

The previous year, Ron Anders Jr. and John Wild decided to approach AHSAA Executive Director Steve Savarese about putting in a bid for a state championship event for the Auburn-Opelika area, maybe softball that could be played at some new facilities built by Auburn University.

“It was really a happy accident,” said Ron Anders Jr., who is now Auburn’s mayor. “John Wild, president of the Auburn and Opelika Tourism Bureau, and I went to that meeting to ask about maybe getting a state championship for Auburn. Coach Savarese told us he was looking for some opportunities related to football. We were surprised by that.

“We came back to town, got with the elected leaders, Mayor Bill Ham from Auburn and Mayor Gary Fuller from Opelika, and got the ball rolling. Coach had told us we needed to put in a competitive bid, and he said, ‘I need you to work with Tuscaloosa.’”

The stage was set for Anders, Wild and Opelika’s representative D. Mark Mitchell to contact their counterparts at the Tuscaloosa Tourism & Sports Commission and the University of Alabama.

“We built a bridge with the good people of Tuscaloosa,” Anders said. “We discussed a plan for the city that didn’t host the Iron Bowl to host the then-Super 6. One thing led to another until we put together a competitive bid and won the event for the next year.”

According to Wild, the Super 7 – the championships expanded to seven classifications in 2014 at Jordan-Hare Stadium – has an enormous economic impact on the area.

“Back in 2008 or 2009, we counted how many teams would be coming, the number of players and coaches and fans, how often they would eat in our restaurants, purchase tickets, buy gasoline, and we came up with a number just over $3 million,” he said. “In the past two years, we have used an impact calculator provided to us by our national association and came up with a number very close to that $3 million.”

The influx of fans and money has been a particular boost to the Auburn-Opelika area since the Super 7 is in town in the years when the university’s Tigers play their biggest rivals, Georgia and Alabama, on the road.

“The years we don’t host Alabama or Georgia, it’s a great shot in the arm,” Anders said. “Having 50,000 or 60,000 people here is a multimillion-dollar generator.

“Of course, more importantly, I think there is a tremendous amount of value in just the pure experience we give young people. It’s great public relations for our communities, but it’s an experience for the young people they might never have had. We have been offered the opportunity to guide maybe the greatest athletic experience of their lives. We take it very seriously and do our honorable best to give those young men the greatest memory we can.”

In Auburn, the university’s Tiger Walk is recreated for each team, the world-famous eagle flight is the featured part of every pre-game festivity and there are fireworks each night.

“We can’t do too much more,” Anders said, “because school at the university is still in session. We don’t want to turn the championship game into an amusement park, but being in a college locker room, playing in a college stadium with college scoreboards is memorable. We offer a college gameday experience.”

To make that happen, a lot of planning and cooperation must take place.

“All of our volunteers and (tourism bureau) staff and committees work so closely with the AHSAA and (event management group) Knight Eady and we all take pride in our local area shining,” Wild said. “From the people who work parking and shuttle service, to the people who coordinate the Tiger Walk, to those who clean the locker rooms and those who feed the coaches, we just love hosting every other year with our partners in Tuscaloosa. We have so many volunteers who work on the same committee every time.”

Anders reflected on the beginnings and said he gets too much credit for what has turned into a hallmark event.

“Coach Savarese gives me a lot of credit,” he said, “but I was part of the engine and energy driving early on. So was (Tuscaloosa Mayor) Walt Maddox. So was (former Auburn Mayor) Bill Ham and (Opelika Mayor) Gary Fuller and Don Staley, the CEO of the Tuscaloosa Tourism & Sports Commission. It also depended on the cooperation of Coach Nick Saban and Coach Gene Chizik, then-Athletics Director Mal Moore at Alabama and then-Athletics Director Jay Jacobs at Auburn. We couldn’t have done it without all of them.”

This year, Super 7 begins Wednesday at 3:30 with the annual Unified Game, followed by the Class 7A title matchup between Thompson and Central of Phenix City. For more information and all the playoff brackets, visit super7al.com.

The complete schedule is below: