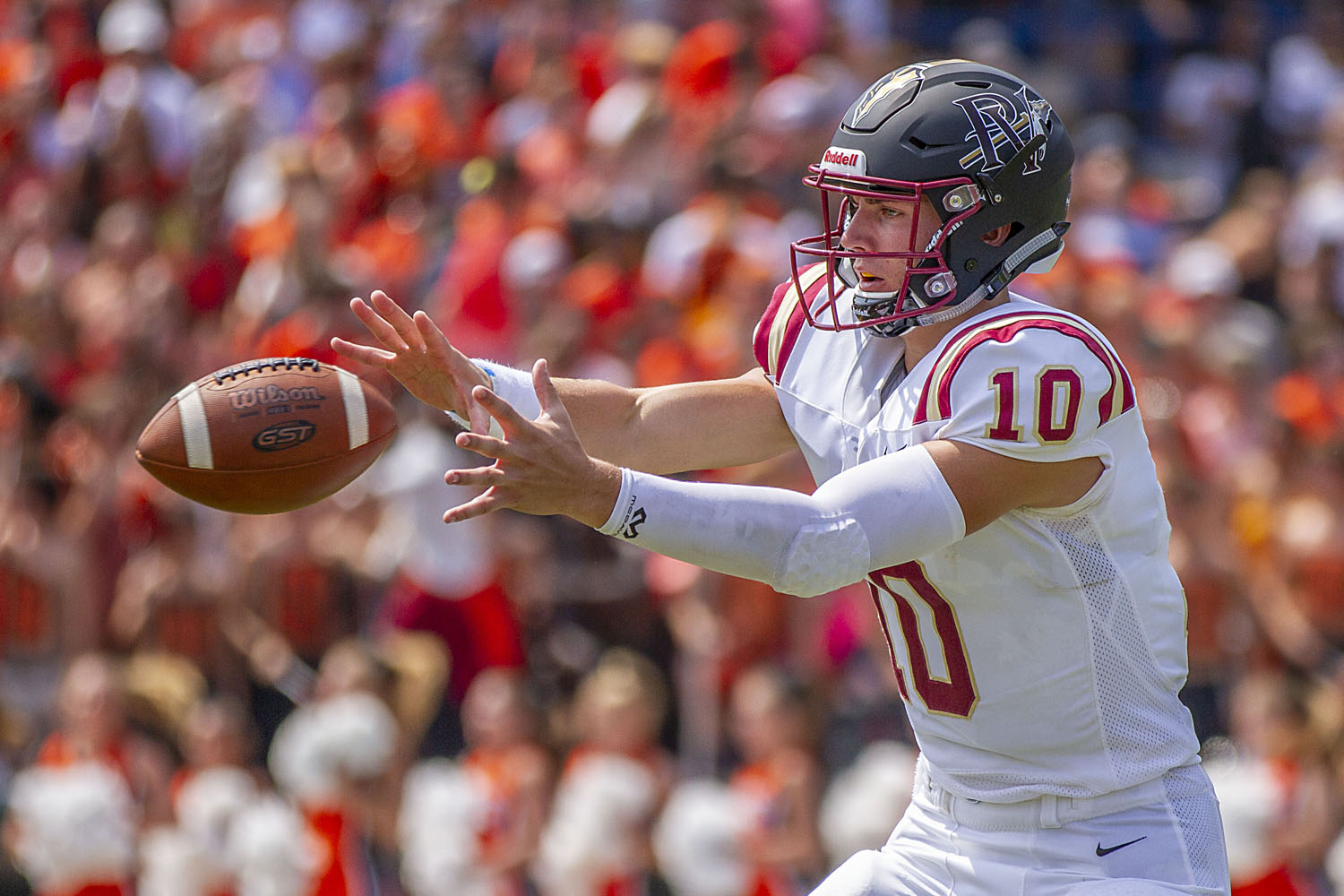 AUBURN — It is very rare that a high school player gets to end his high school career in the same stadium where his college career will begin. For Pinson Valley quarterback Bo Nix, that’s exactly what he will do when he takes the field at Jordan-Hare Stadium on Friday night.

While the senior quarterback and his team are focused on repeating as 6A state champs, Nix will also have the opportunity to play his first actual game at Jordan Hare in the biggest game of an already incredible 2018 season. Nix is currently 27-1 as the starter for the Indians in his career and that’s only the beginning to one of the greatest statistical careers in Alabama high school football history.

Earlier this year, Nix eclipsed 10,000 passing yards in his career, joining only three other quarterbacks to do so in the state. Last Friday, Nix became the all-time leader in total yards, surpassing 12,000 yards in his career. To add to his accomplishments, Nix only needs two touchdowns to tie the record for total touchdowns in his career. A win on Friday would also give him and the Indians back-to-back state titles, as well.

As for playing at Jordan-Hare, head coach and Bo’s father Patrick Nix said, “It’s a very unique, very rare thing to do. It’s going to be a very special thing to witness, to see him finish his high school career on the same field where he will begin his college career. Bo loves Auburn and I know that this will be special for him.”

The Indians have won 12 straight games after dropping their season opener to Hoover at the beginning of the year. Led by Nix and a talented offense that has given up just one sack all year long, a wide receiving corps that has morphed from a group that had very little experience at the beginning of the year to one of the most dangerous groups in the entire state, and a running game that, despite losing starter Jay Sharp to a foot injury, has managed to keep defenses on their toes with a balanced attack from Kenji Christian and John McKinney.

The defense deserves praise, as well, as they stood their ground last week in their semifinal game with Clay-Chalkville, causing five turnovers.

When asked about playing in his future college home, Bo takes it with high regard.

“I’m just truly thankful and blessed to be in this position,” he said. “To be here and ending my high school career where I’ll start my college career, while having my dad and play caller there beside me, is pretty cool. Plus, a win would just be the icing on the cake.”

When asked about playing in Jordan-Hare and the outlook over his season and looking forward, Bo said, “I wouldn’t have it any other way. I’ve played some 7-on-7 tournaments here, but never a real game, so having a chance to get used to the field will be fun. To be able to take it all in with a much smaller crowd and a championship on the line just means a lot to be able to play in such a unique setting.”

No matter what happens on Friday, the opportunity is rare indeed and one that could create great storylines for the next chapter in his football career. A win will give Nix two state championship wins and a chance to take that momentum to the plains. A loss gives Nix a chance to vindicate a loss on a bigger stage with SEC and national championship implications at stake.

Either way, Nix is in rare company to have such an opportunity before him. The moment won’t be too big for Bo Nix and that’s something that Jordan-Hare will see on Friday and for years to come.