LATEST NEWS
Home Metro/State/Nation Senator Shelnutt recognized as one of two most conservative senators in Alabama, 2018 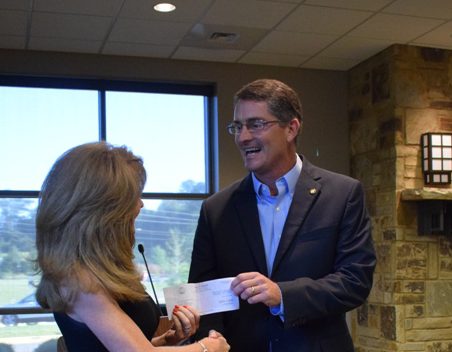 Senator Shelnutt recognized as one of two most conservative senators in Alabama, 2018

ALEXANDRIA, Va. — The American Conservative Union Foundation (ACUF) has just released its ratings of the 2018 meeting of the Alabama Legislature. ACUF’s Ratings — both federal and state — are an initiative of ACUF’s Center for Legislative Accountability. These ratings are designed to reflect how over 8,000 of the nation’s elected officials view the role of government and illustrate the differences between chambers of the legislature while revealing lawmakers’ positions on a wide variety of issues that directly affect Alabamians.

ACUF reviewed each piece of legislation voted on in both the Senate and House to produce average scores of each chamber, as well as individual scores for each sitting member. According to ACUF’s Year in Review, the Alabama Legislature’s overall conservative score fell slightly compared to the 2017 session (from 62.33 percent to 62.16 percent).

Alabama legislators voted on key issues during the 2018 session. In one or both chambers, they voted to enact protections against Medicaid fraud, extend and raise the hospital tax, allow taxpayer funds to be used to establish public transit, and exempt “economic development professionals” from lobby requirements.

“In the 2018 session, lawmakers of the Alabama Legislature voted to raise hospital taxes in order to coax greater matching funds from the nation’s taxpayers under the federal Medicaid system,” said ACU Chairman Matt Schlapp. “Lawmakers also bypassed the Alabama Constitution to subsidize public transit and committed taxpayers to funding broadband in government-favored areas of the state. In the upcoming session, we urge the Legislature to work toward conservative reforms that limit government interference in the lives of Alabamians.”