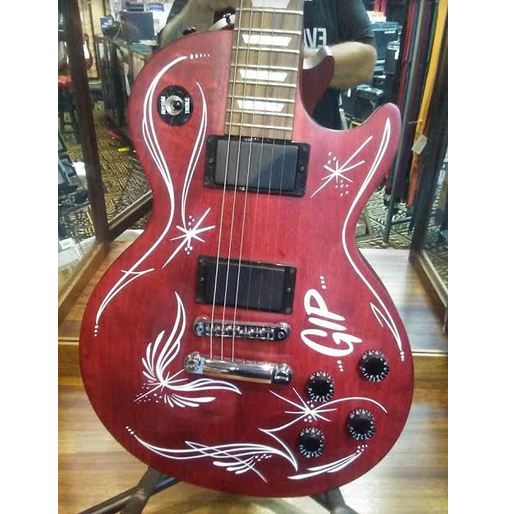 BESSEMER — Henry “Mr. Gip” Gipson is a musician, a legend and very much beloved by the community. 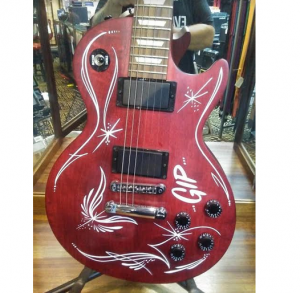 “He has owned a juke joint for several years,” said Tara Bentley of Guitar Pro’s in Trussville. “He has one of the last ones in the south.  He may have the only one in the state of Alabama.  It is kind of a back-yard party.  He plays slide and has played for several years.  Everybody knows him.  He is 98 years old.  He will be 99 in January.  And he still has his place going strong.”

Gip’s Place, as Bentley further explained, is much more than a juke joint. He has been running the establishment since 1953 and it has served as a place where folks of every color that love God and love music can get together and make a joyful noise.

“He starts out the evening with prayer and Amazing Grace, ” said Bentley. “He has a little stage and several seating out there.  Some of it is outside, some of it is inside.  There have been several blues and local artists and everybody knows where it is at.  It is kind of part of history really.”

Musician and artist Tex Deville, leader of the local band Reverend Tex and the HotRod Revival, has been good friends with Gipson for at least a decade.

“I’ve been knowing him for 10 years,” said Deville. “When I first met him, I’d seen him on television and they were wanting to talk to him about the juke joint, and he was wanting to tell them about Jesus.  It kinda struck a chord with me, in my heart.  I was at my mother’s and said ‘I’m want to meet this man.’ I went down there to talk to him and I walked in there and they introduced me to him.”

Within fifteen minutes of their meeting, Gip had decreed that Tex would never have to pay to come to his establishment.

Because he is such a good man, and so beloved by the community that he is a pillar of, many were stunned when he was robbed of his prized guitars back in November.

“He had a Gibson LPJ guitar stolen from him,” said Bentley. “He had an old American Stratocaster stole from him.  They were stolen.  Someone had broken into the place where he stores them and stole them.”

The feeling of disbelief, however, soon transformed into the decision to take some action.  Not long after the theft, Deville decided to replace one of Gipson’s guitars.

“The reason I wanted to give him a guitar is because he inspired me to start playing music again,” Deville said. “If it hadn’t been for that, I wouldn’t have this band that I’m playing in now.  Which are just a great bunch of guys. On top of all that, now I’m in a guitar shop teaching kids; something I never thought I would do.  I was thinking about that even before I even came up with the idea of getting him a replacement guitar; that I kinda owe him.”

Deville had some credits at Guitar Pro’s and decided to put them towards purchasing a new guitar for Gipson.  When Guitar Pro’s owner, Bruce Bentley, found out about Deville’s plan, he put up half of the cost.  A Gibson JPL was quickly located in the store, and Deville set out to have it customized for Gipson.

Deville took the guitar to a friend that does pin-striping on hot rods and vehicles. Michael Swann of Swann Graphics provided all of the customized pinstriping that truly made the guitar one-of-a-kind.

The guitar was put on display in the store while the pin-striping dried.  It was such a striking guitar that it drew a lot of comments from customers.

After the paint dried, Deville and Bentley presented it to Gipson at one of his shows.

“We went down there and gave it to him,” Deville said. “Tears welled up in his eyes, and he was smiling and just so happy.”