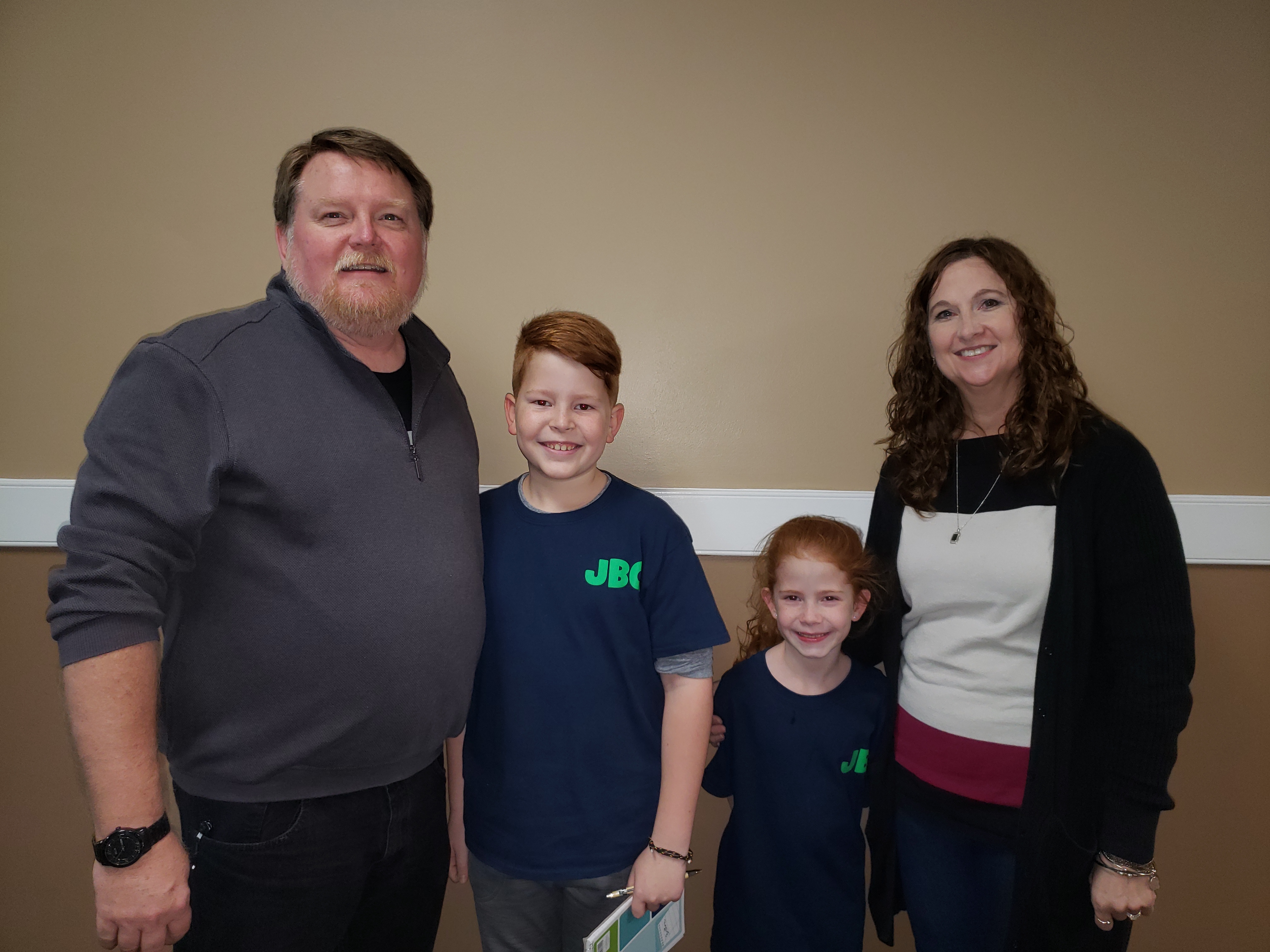 ​Pastor Tim Jones was born in Birmingham, Alabama, on February 4, 1965. He didn’t grow up in church, but went every now and then with his grandparents.

Growing up with three brothers, he liked to play sports such as basketball, baseball and football. At age 15, he accepted Jesus into his heart.

When he was 17, he decided he wanted to be a Children’s Pastor. He met Marcia Irwin at church and later they were married on June 22, 1985. They then went to Southeastern Bible College in Lakeland, Florida.

Pastor Tim has preached in 11 different states and six different countries. He and Marcia travel all over the country training Children’s Pastors and sharing the Bible with children. Pastor Tim’s favorite Bible verse is Philippians 3:10: “I want to know Christ—yes, to know the power of his resurrection and participation in his sufferings, becoming like him in his death.” His plan for the next five years is to start a school for people who want to be Children’s Pastors.
Pastor Tim and Marcia have an internship called NxtGen Ministries for high school and college students who work in children’s ministries or want to work in children’s ministries. They have a threefold vision for this ministry: train in, train out, train up.

“We want to go inside churches to help train their leaders and their teachers on how to do children’s ministry and help them be a team,” Pastor Tim said. “We want to train out by helping the local church get inside the elementary schools, and then ‘train up’ is helping young men and women, those that feel like God has called them into ministry…”
Pastor Tim is the Alabama District Coordinator of Junior Bible Quiz (JBQ). He tells us that JBQ is a great discipleship ministry for boys and girls, grades one through six, that helps them learn the Bible.

He compares it to Scholar Bowl and said, “It can be a competition and is 576 questions about the Bible.” Between 200 and 250 kids from Alabama participate each year. Tim has been involved with JBQ since 1988.
The Jones’ also help with Alabama (and other states’) Kids Camps. They got involved when they began as children’s pastors and took their kids to camp. They were asked to preach there. They lead some of the services and are always there to help with anything else that needs to be done. Each of six sessions of Alabama Kids Camp includes 200-600 children. Kids learn the power of Jesus and how to use it in their lives.

When asked who he admires and who has poured into his life, Tim listed his father-in-law, Archie Irwin, Roger and Lori Loomis, and Jim and Becky Henesy.

His prayer for nonbelievers is that they would run into someone who is willing to tell them about Jesus, and that they’ll become a follower.

Pastor Tim has done really good helping the children of Alabama learn more about Jesus. He is a great pastor and will do great in the days to come. Tim and Marcia Jones live in Chelsea, Alabama. They have two kids: Scott, who is a youth pastor in Ozark, Alabama, and Haley, who is a children’s pastor in Birmingham.