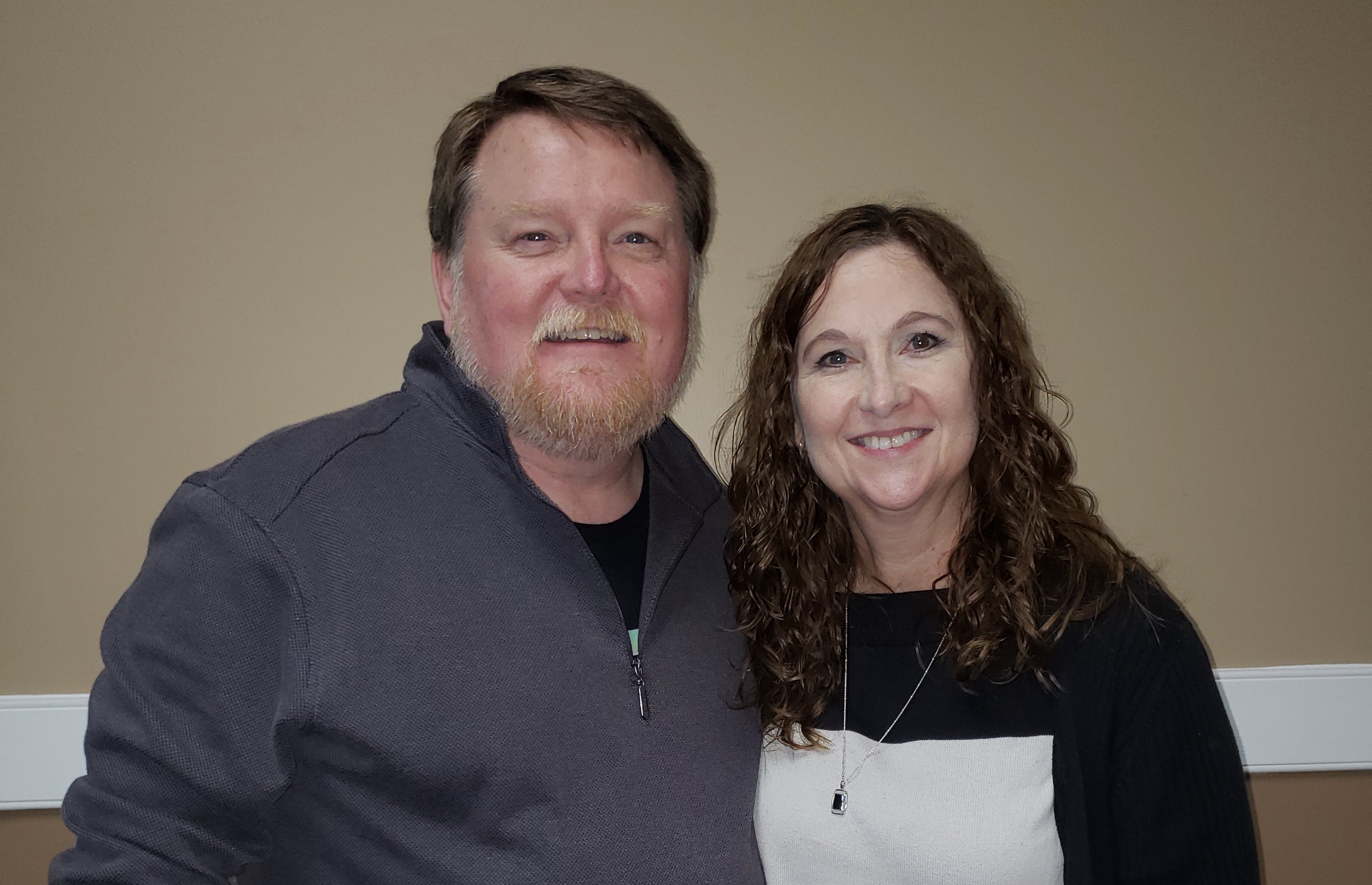 Marcia Irwin Jones was born in Yazoo, Mississippi, on Oct. 20, 1966. She has three sisters, Betty, Freda and Lynn. Marcia’s dad was an ironworker, so her family moved many, many times across the South.

Her dad built the water tanks below the shuttle launch in Florida that cooled the concrete when it blasted off. He also oversaw the crews who made the “tank farms” off I-65 in Pelham, Alabama.
Marcia’s first job was working at a clothing store in Ashville, Alabama, as a teenager. ​

At age 18, Marcia married Tim Jones, who she had met while working in the children’s ministry at her church. This was about the time she decided to be a children’s pastor, although growing up she wanted to be a veterinarian and still loves animals.

The Jones’ moved to Lakeland, Florida, and attended Southeastern Bible College. Planting a love for other people in children inspires Marcia to do her job.

“I love watching boys and girls make good choices, and the fun part of being a children’s pastor is I get to watch them grow up and to be awesome men and women of God,” she said. “I think that’s very important.” ​

Marcia and Tim have ministered in 11 states and six countries. When asked where she would like to minister next, she said she would love to preach to children in Alaska. She says it is difficult to minister in Alaska in the summer because children there are working hard gathering berries and preparing for survival in the winter, but they do get to go to summer camp there.

The farthest Marcia has traveled to preach is Thailand. She and Pastor Tim did a Tsunami Camp there for an orphanage. All the kids who attended had lost their parents in the Tsunami. The Jones’ were able to preach about Jesus and do fun services with the kids.
Marcia and Pastor Tim are also very involved in Junior Bible Quiz, or “JBQ.” In this program, kids from first through sixth grades compete to learn Bible verses. Pastor Tim is the Alabama District Coordinator. The two hold monthly competitions for Alabama participants each year. ​

In Alabama, Marcia and Tim lead two sessions out of six of Alabama Kids Camps at Springville Camp and Conference Center. They can minister to 200-600 kids each session. They also lead camp services in Georgia, Tennessee, Kentucky and other southern states. Once they ministered to over 2,500 kids in one summer! They also help out around camp when they are not preaching. ​

When asked what her hope is for people who do not know Jesus, Marcia said she hopes that “through people that we help minister to, they come to know Jesus, their lives are changed, and that they don’t have to go through pain and suffering in this world in their spirits…I want them to be whole and they find that through Jesus.” ​

Marcia and Tim Jones live in Chelsea, Alabama. They have a son named Scott. He is 28 and a youth pastor. They also have a daughter named Haley, she is 24 and a children’s pastor. Marcia is doing a great job, not just in Alabama but all over the world, serving people and teaching them the Word of God.