Alabama’s man for the people 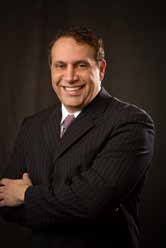 BIRMINGHAM — “2000 years ago, in Roman times when Christ walked the earth if a person was wronged, they were given a shekel of gold,” Alexander Shunnarah, Alabama’s “Man For The People,” said. “And we sit here in 2018, centuries later, as civilized and advanced as (we) have become, we still have not been able to make a civil wrong right, other than giving a shekel of gold.”

It’s true. Think about it. If someone becomes hurt or disabled due to something considered to be an “accident,” be it on the job or in their personal life, it’s human nature to seek some atonement or justice. The civility in us, however, certainly wants to refrain from the barbaric “eye-for-an-eye and tooth-for-a-tooth” mentality. The only other way to establish restitution is financial.

Getting injured on the job can be a bit complex and is where a challenging adjudicature arises. The first thing you should know about workers’ compensation is whether or not your employer has it.

“An employer can be exempt from workman’s compensation if the number of employees is five or less (including the owner),” Shunnarah said. “If an employer employs more than five, they are required to provide workers’ compensation.”

Signing a piece of paper recognizing there is no workers’ compensation never relieves an employer of their duty, because the law requires them to provide it.

“A lot of people worry if they file a workers’ comp claim, that they will get fired,” Shunnarah said. “You cannot fire an employee for filing a claim because (then) they can bring a retaliatory discharge claim against the employer.”

In case you are injured, there are specific steps in the process.

“You give notice,” Shunnarah said. “The most important thing anyone can do when injured on the job is to give the employer notice immediately. Then, personally document the fact that they gave notice to the employer. Follow up with an email. At this point, the employer contacts their workers’ comp insurance to file a claim. A claims adjuster then contacts the injured employee and sets the appointment within the network of doctors affiliated with the insurance company.”

If an employee is found to be hurt, the employer’s workers’ comp insurance company is responsible for paying those medical bills.

“That doctor then, if he deems necessary, decides that this is the type of injury where the employee needs to be taken off work (and) informs both parties,” Shunarrah said. “The law is clear: the employee is entitled to two-thirds of their average weekly salary over the past 52 weeks. This includes bonuses and overtime. The injured employee should also be reimbursed for their mileage back and forth to the doctor.

“If a doctor takes an employee off work for an extended period, to get paid, you have to comply with those doctor’s orders to get well. Go to physical therapy, make it to your doctor’s appointments. The goal is to get the employee back to normal
and release them back to work.”

“At some point, the doctor will say you have reached M.M.I. (maximum medical improvement) and clear you to go back to work,” Shunnarah said. “There are certain situations in a workers’ comp setting, for example, you have a young man employed by a plumbing company,” he said. “He is on his way to a job. Unfortunately, a commercial vehicle runs a red light—an absolute liability—and runs into this plumbing company truck. (The) plumbing company employee, injured very
seriously, hires our firm. In this setting, you have potentially three different claims. You have the claim against the trucking company for his bodily injury, pain, and suffering, emotional distress, etc. At the same time, you have his workers’ compensation claim, because he was injured on the job. And then eventually, if the result of his physical manifestations and injuries lead him to be disabled, we file a social security claim for (him) also.”

Shunnarah said he is passionate about the people of Alabama because “Anyone who has a family member they love would never trade that family member for any amount of money. It bothers me when other attorneys try and tell me human life is worth $3-4 million. Every case that we have ever been a part of, insurance companies and their lawyers have told us the Alabama Supreme Court has never confirmed a case more than $6.75 million on a wrongful death case in Alabama. So the trend in Alabama is that human life is not worth more than $6.75 million. In California or New York, wrongful death cases settle all the time for $10-12 million. So the question then becomes, (is) a human life worth more in California or
New York than it is in Alabama? If it is, my question, for a guy like me that has done this for 20 years, is why?”

According to Shunnarah, the laws of Alabama workers’ compensation has not been modified since the early 1970s.

“(That) should tell you that we are in need of some desperate changes in our code,” he said. “However, the business association is a very strong entity, the politics around it, the employers, big companies are so strong with the lobbyists in Alabama…In Montgomery with the legislature, we just haven’t had any modifications in Alabama to protect the employees of the state of Alabama versus the employers.”

Hearing this allows you to understand why Shunnarah chose the slogan, “A Man For The People.” Occasionally, unfortunate things happen. Accidents happen. These are things out of our control. However, when they do occur, it’s in your best interest to know your rights. Know you can call an attorney. Get a free consult. The Shunnarah firm will take your case and only collect if they win.