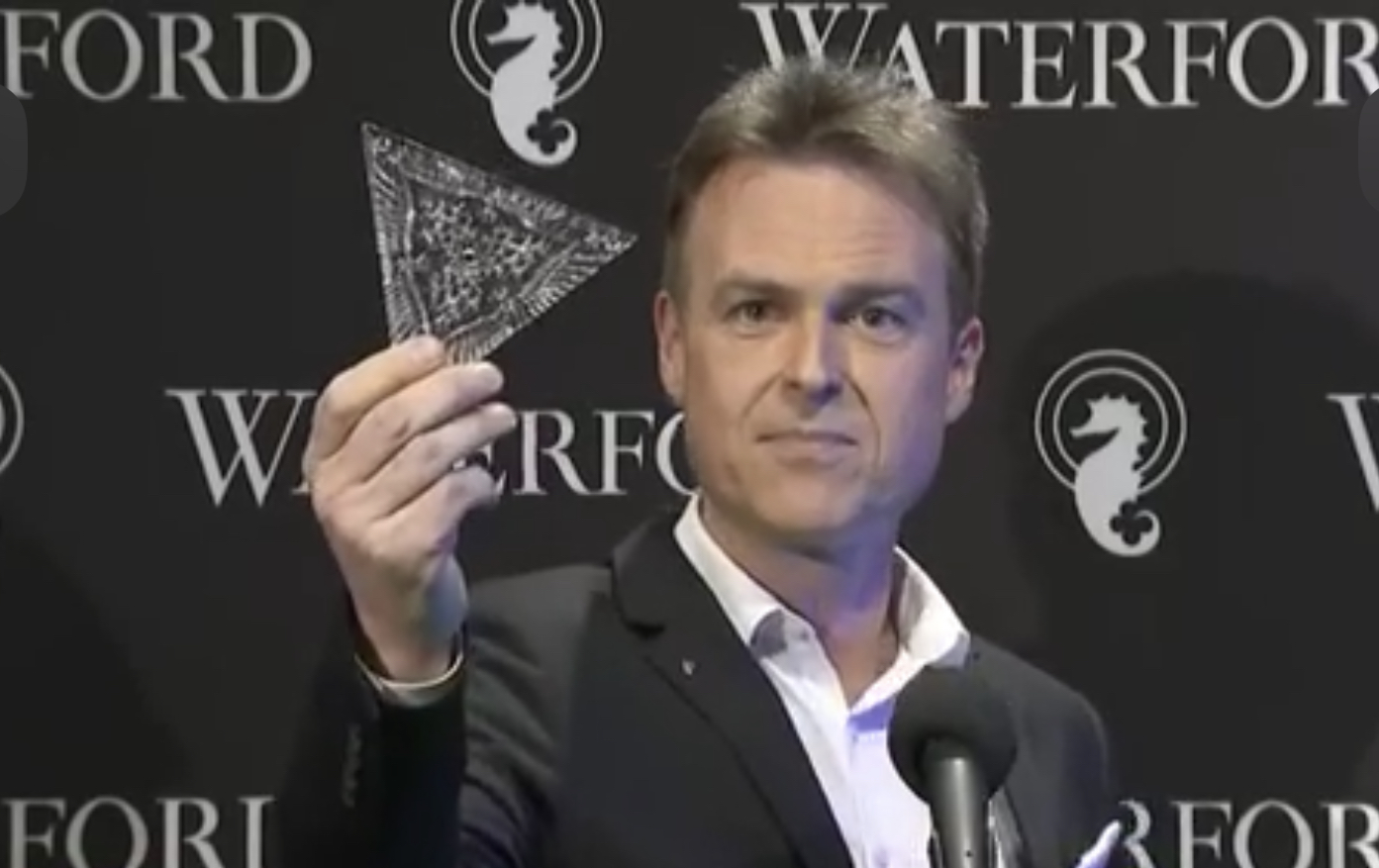 According to CBS, the annual celebration counting down to the new year is watched around the world where the ball measuring 12-feet in diameter and weighing almost 12,000 pounds is lowered on the evening of Dec. 31.

Master artisan for Waterford, Tom Brennan, said that a new theme is introduced each year and is part of the ‘greatest gifts’ series.

“This year’s theme is the gift of harmony,” Brennan said. “So when I think of harmony on an individual personal basis, it’s all about having that equilibrium of mind, of body, of soul.

“If you’ve got that going on at the same time, you’ve got everything just ready for you, and you’re ready to take on the world,” he said.

CBS estimates one million people to gather around Manhattan’s Times Square each New Year’s Eve, while millions more watch the ball drop on television and online.