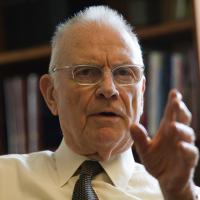 Commentary: What a changing climate means for goverment

Looking back at 2018’s weather-related news, it seems clear that this was the year climate change became unavoidable. I don’t mean that the fires in California or coastal flooding in the Carolinas were new evidence of climate change. Rather, they shifted the national mindset. They made climate change a political issue that cannot be avoided.

The Earth’s climate changes all the time. But what we’re seeing today is different: the increasing frequency and severity of extreme weather. The global impact of human activity — specifically, the burning of hydrocarbons — is shuffling the deck. And we’re only beginning to grasp the impact on our political and economic systems.

Warmer overall temperatures, for instance, have lengthened the growing season, but also worsened plant diseases and harmed insects vital to agriculture. There will be more droughts and more heat waves, and the human cost and strain on public resources will be extensive.

The rise in sea levels will be even more disruptive. Sea levels have been increasing since we began burning fossil fuels in the 1880s, but the rise is occurring at a faster rate now, posing a threat to densely populated coastal areas.

I’m not mentioning all this to be alarmist. My point is that dealing with climate change constitutes a huge, looming challenge to government. Americans are fairly divided in their beliefs about climate change and policy makers struggle to come up with politically viable approaches.

The problem is that unless we get real, the changing climate will dramatically affect our way of life. In response to inaction in Congress and the administration, some states have taken important steps to address climate change, even though it’s best dealt with on the federal level.

Still, newer members of Congress appear to have more of an interest in addressing climate change than older, senior members. And the issue holds particular resonance for younger millennial voters, whose political influence will only grow over coming elections.

Only recently have thoughtful politicians I talk to begun to ask whether the political system can deal with the challenges posed by climate change before its impact becomes unstoppable. The one thing we agree on is that climate change and how to deal with it will place real stress on the system in the years ahead.

Lee Hamilton is a Senior Advisor for the Indiana University Center on Representative Government; a Distinguished Scholar of the IU Hamilton Lugar School of Global and International Studies; and a Professor of Practice, IU School of Public and Environmental Affairs. He was a member of the U.S. House of Representatives for 34 years.