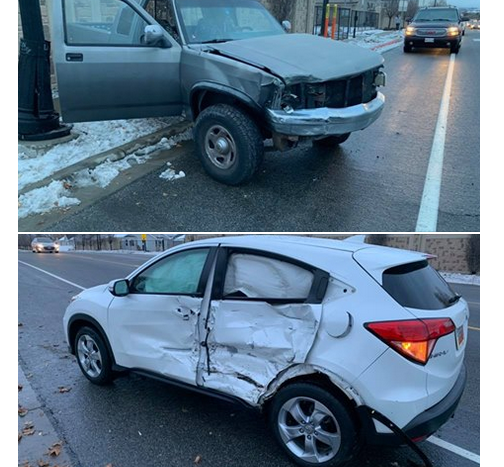 UTAH — Police in Utah have taken to social media to warn motorists of the dangers of driving a car while blindfolded. 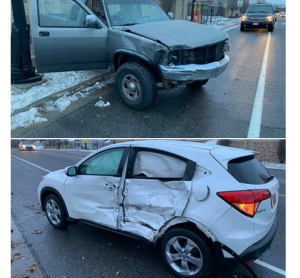 Attached to the comment were pictures of two vehicles that had been damaged during the stunt.

According to authorities, no one was injured in the accident.

The “Bird Box” Challenge has become a popular exercise where people blindfold themselves like the characters in the movie. Some have videoed themselves wandering around their homes with blindfolds, while others have unadvisedly tried to drive using only the vehicle navigation system.