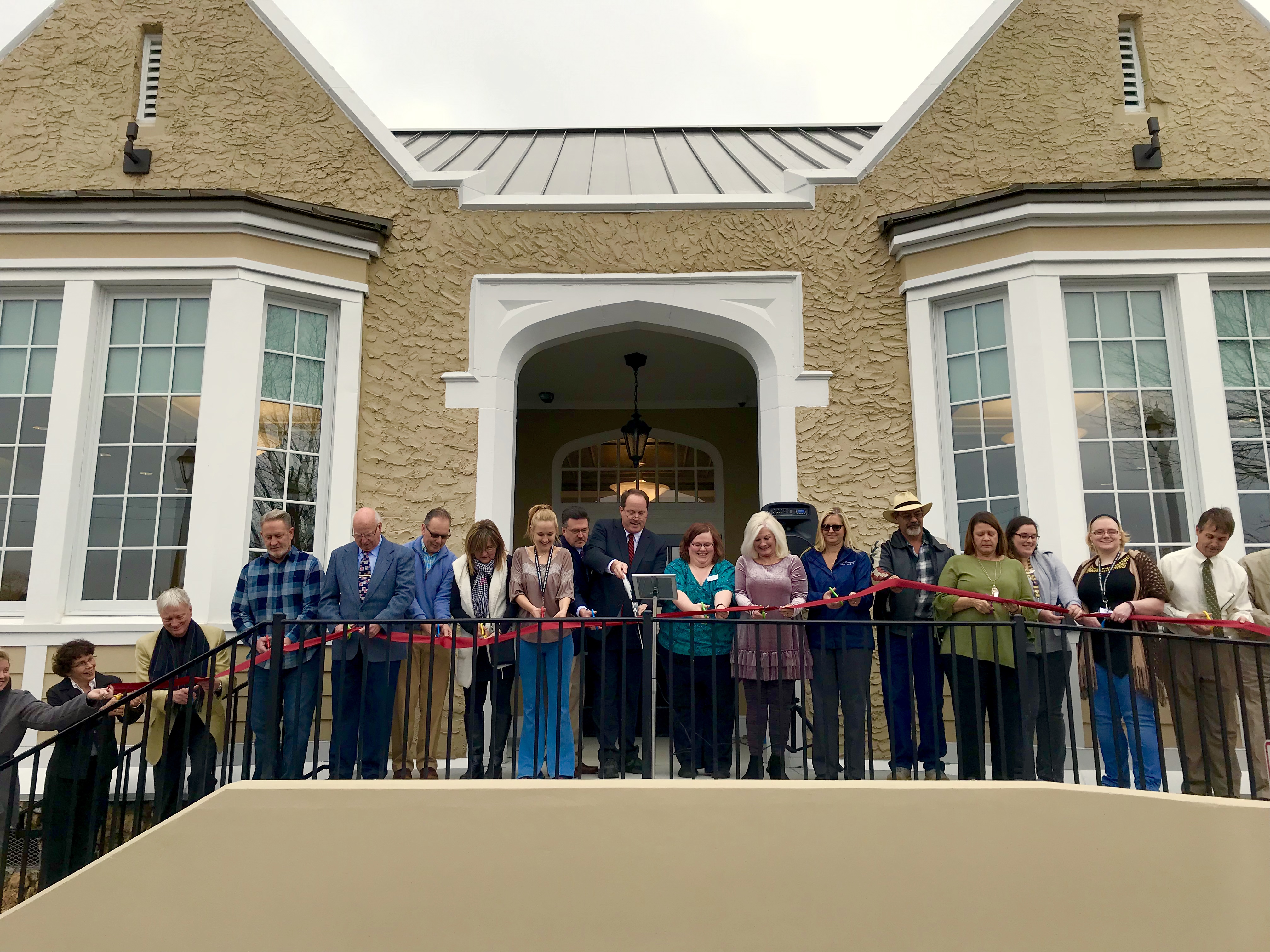 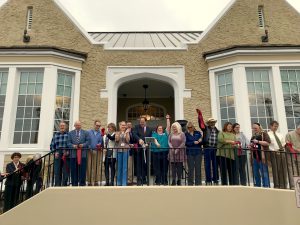 The Pinson Public Library held it’s grand opening in the historic 1920s Rock School Center on Sunday, Jan. 13. The doors were open to the public from 2 p.m. to 4 p.m., immediately following a ribbon cutting ceremony by Mayor Hoyt Sanders, members of the Pinson City Council, and members of the Pinson Library Board and library staff.

Prior to the ribbon cutting, Sanders gave those in attendance a brief history of the city of Pinson and how the current library came to be.

“About 100 years ago…Pinson had growing pains,” Sanders said. There were the schools growing but there was no county money. So residents took initiative. They hauled in rocks and lumber by horse and wagon. Around 1920-21, this school opened with electric lights, wood-burning heaters – and burning anything else they could find – and a freshly dug outhouse.

“Twenty years ago, Pinson had another dilemma. Jefferson County proposed a jail in our beautiful community. Community resistance and involvement was unprecedented. Groups were formed, including Pinson Incorporating Neighbors. This time, we were not collecting rocks or coins; we were collecting petition forms. Those forms were filed with the probate office in 2003, and in 2004 the official city of Pinson was born by an overwhelming vote of the residents. We began in a borrowed building with folding tables and chairs, owing $9,000 to probate court. While taxation is never an easy decision, city finances began to form and in 2007 we purchased the former Carraway Medical Clinic after several years of abandonment.

“In 2011, we began the first Pinson Public Library in the back of that clinic in City Hall. Within a few short years, we were the 10th most circulating library in the Jefferson/Birmingham Library Co-op. Number 10. Another growing pain. In 2013, this campus became available, so as we looked at options, (the architect) gave the 100-year-old structure, about 95 years at that time, a clean bill of health and the all clear to support renovations, including a modern library.”

After the purchase, the city began working on a full roof replacement and modifications to the 1960s building on the campus for the public works department.

“In 2018, we began phase two, the renovations you see today all being paid with cash on hand,” Sanders said. “There are several features that you will see that are original. They may not be in the same places, but we have original windows and doors that may not be where they were, but they were reused. Other than that, it’s a fully modern facility.”

Pinson Library Director Allison Scanlan said that all of the doors inside the library are original to the building except for one. 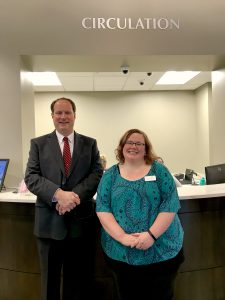 “I just want to take a moment to thank the city of Pinson, Mayor Sanders (and) council, for always supporting this library, standing behind us, making sure that we had everything that we needed even as we encroached on their space in our former building in City Hall,” Scanlan said. “My library board, they’re wonderful people who help support me through everything, this entire project. I would also like to thank my staff. This library works because these people work. They are here, you know their faces. They’re all passionate about what we do here and I appreciate their dedication to everything that we do and continuing to serve the community.

“I hope that you will find that, though this building has changed, the heart of this building is the library and this heart is now beating in the center of this community for you.”

Among those in attendance at the grand opening were several members of the original Rock School alumni, ranging from the last, or youngest, class at the school, the class of 1983, to alumni up to age 91. 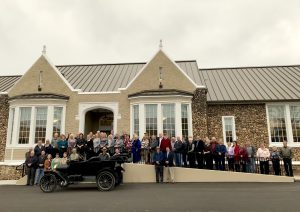 Rock School alumni posed for a group photo in front of the new library at Rock School Center.

The Pinson Public Library will resume its standard hours of operation Monday, Jan. 14.

The hours of operations are as follows: 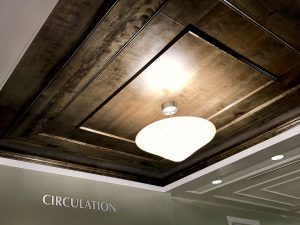 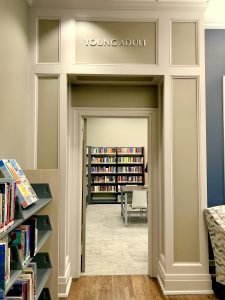 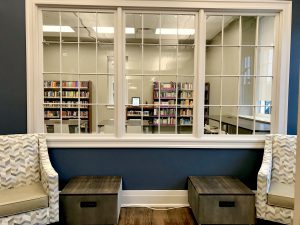 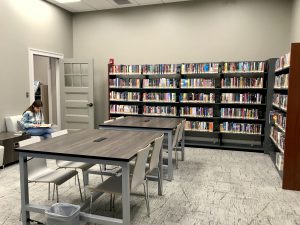 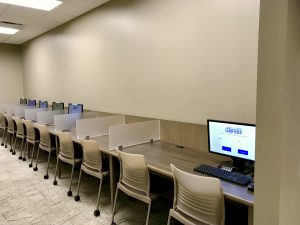 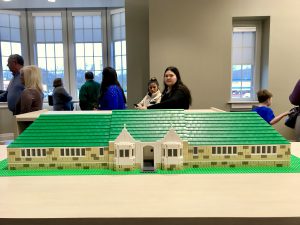 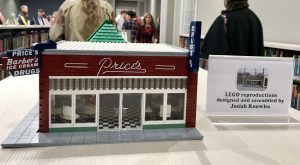 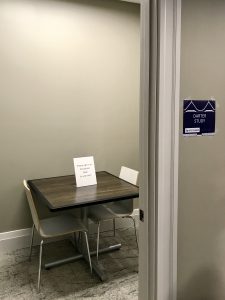 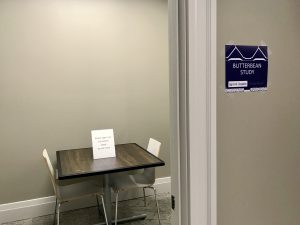 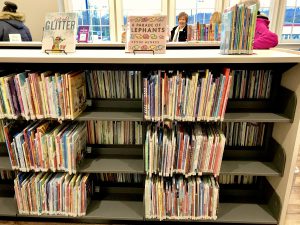 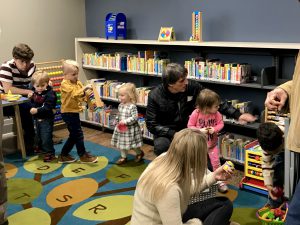 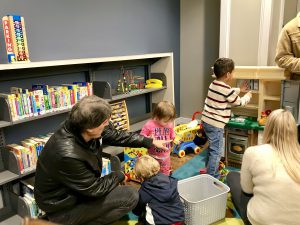 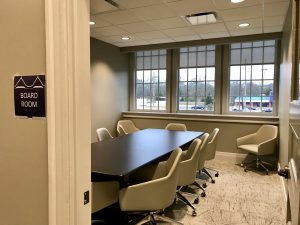 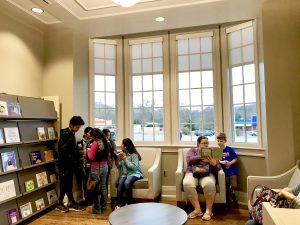 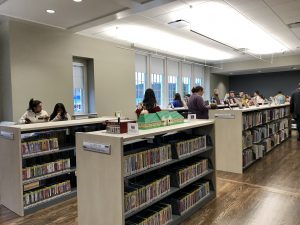 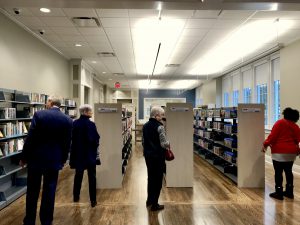 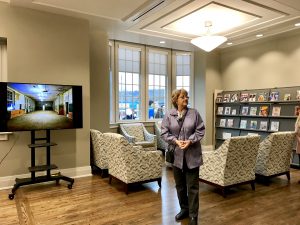 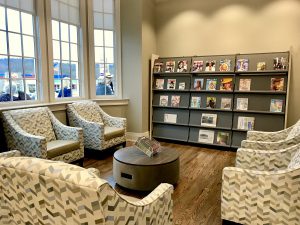