LATEST NEWS
Home Metro/State/Nation I-59/20 in downtown Birmingham to close on Jan. 21 for 14 months 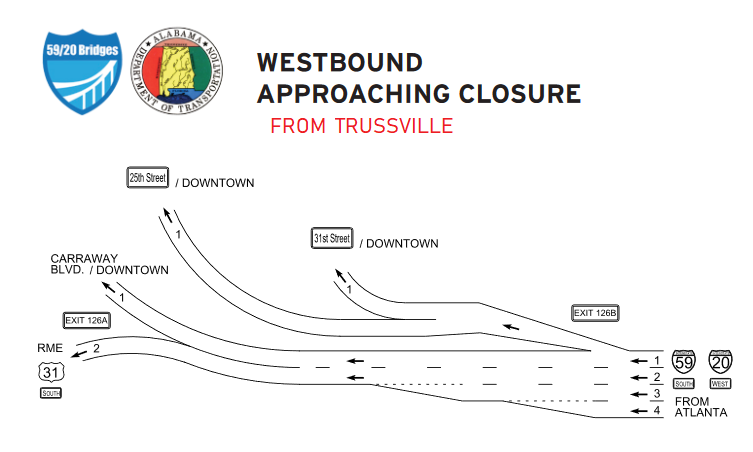 BIRMINGHAM — According to the Alabama Department of Transportation, Interstate 59/20 through downtown Birmingham is slated to be completely closed down on Jan. 21.  It will remain closed for 12 to 14 months while work will be done on a one mile stretch through the Central Business District.  This work will include demolishing and replacing the structures that support the Interstate.  This part of the project is known as Phase 3. 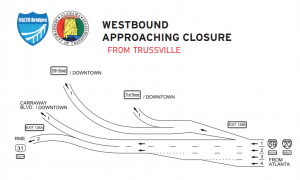 “Phase 3 consists of the actual demolition and reconstruction of the I-59 bridges elevated section through downtown Birmingham,” said Region Engineer DeJarvis Leonard. “And it includes modification of the ramps and the interchange at Red Mountain Expressway and 31st Street.”

ALDOT reported that Phase 3 is scheduled to be completed by Nov. 2020.  Until then, officials are urging motorists to find alternate means of travel.

“We encourage motorists, if you’re coming through the city, not to go through downtown, but to take 459 around 65 or to 59,” Leonard said.

To facilitate a construction process that is as speedy as possible, an incentive/disincentive program exists.

According to the most recent information from ALDOT, motorists traveling westbound from Trussville, needing to get to downtown Birmingham, would best be served by exiting on 126-B.  This will take motorists to the 31st and 25 Street paths to the downtown area.  Those needing a route to Highway 31 and the Red Mountain expressway southbound should use exit on 126A, the Carraway Boulevard exit.