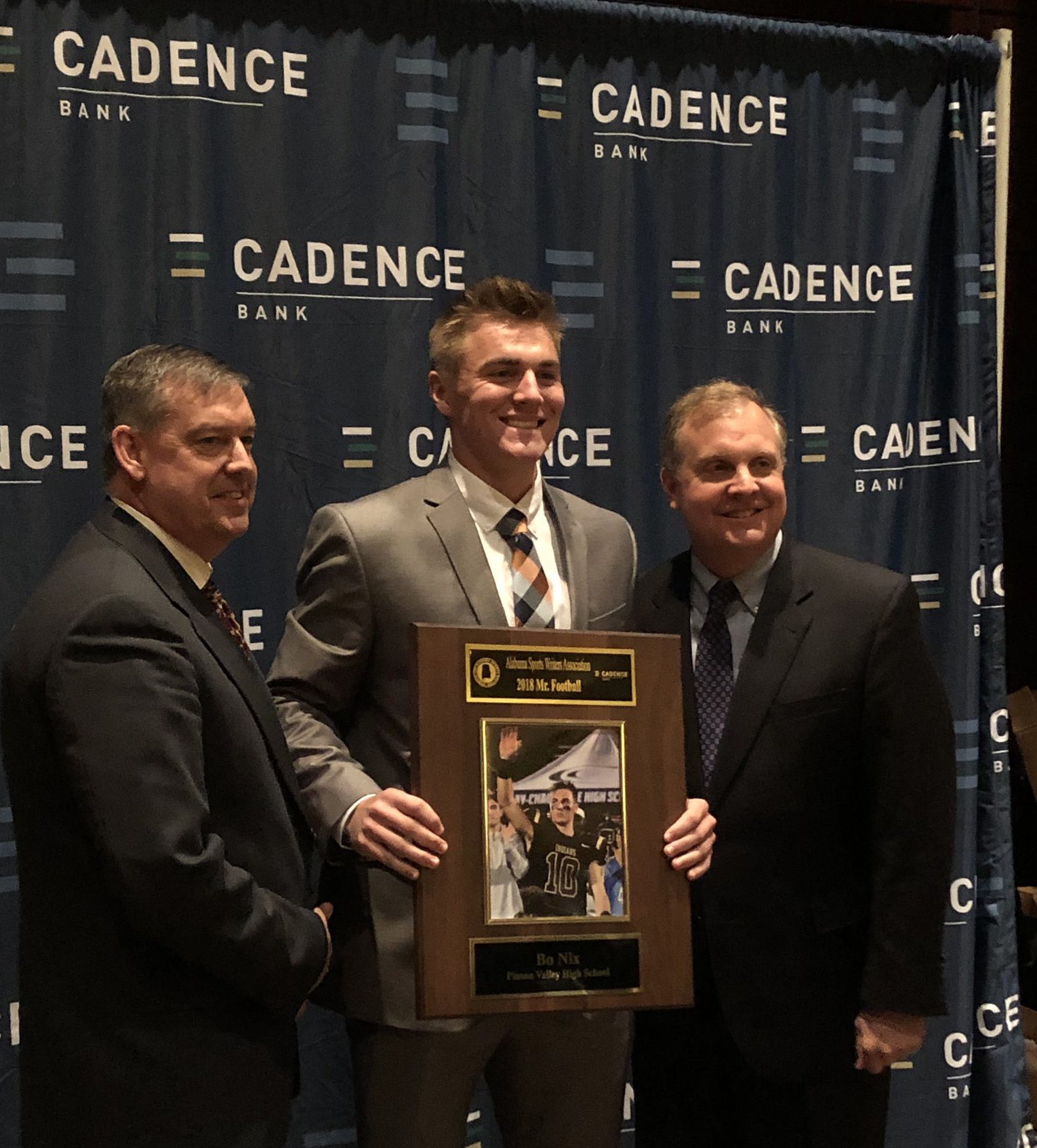 Nix received the award after his 2018 season in which he and the Indians captured their second straight state championship. Nix finished his senior season completing 267 of 447 passes for 3,795 yards and 50 touchdowns and also became the AHSAA all-time leader in total offense with 12,497 yards and touchdowns accounted for with 161.

Nix signed with Auburn to continue his football career where head coach Gus Malzahn has had his fair share with Mr. Football winners as former Tigers Jeremy Johnson, Roc Thomas, Kerryon Johnson and Asa Martin all played under Malzahn after winning the award.

Nix was also awarded 6A back of the year.