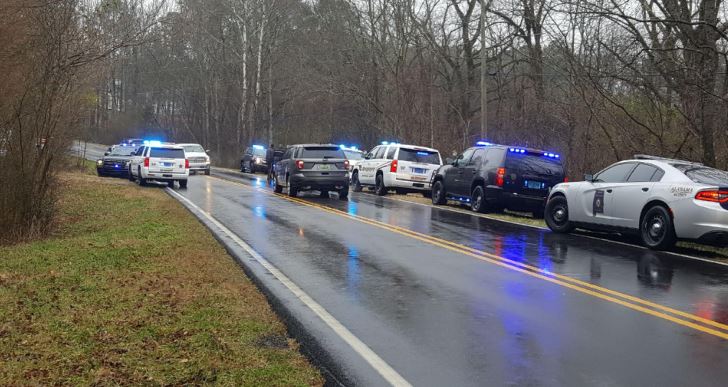 BREAKING: All 3 suspects in custody

TRUSSVILLE — According to Lt. Phil Dillon of the Trussville Police Department, all three suspects are in custody. 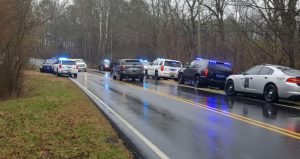 A witness told the Tribune that he saw two of the suspects run onto service road and it is believed they were taken into custody in the Service Road area just past the Hispanic church not far from the Chalkville Mountain/North Chalkville area. The third suspect was captured in the Grayson Valley area, near the townhomes behind Grant’s convenience store.

As was reported in the original story, Hewitt-Trussville Middle School was on lock-down and under a code orange, meaning that the perimeter must be secured.

Trussville school resource officers immediately secured the middle school and additional TPD officers arrived within minutes to help secure the perimeter of the school property.  As of 8:45 a.m., police remained at HTMS and the search was still underway.

The school notified HTMS parents via app and email that the school was on lockdown due to suspicious activity in the area around the Interstate. Parents are asked not to go to the school at this time.

Earlier there was a police chase on Interstate-59, initiated by State Troopers.  The suspect vehicle, a Metro box truck, was abandoned on the median separating north and south bound lanes on I-59.

The lock-down/code orange has been lifted from the Hewitt-Trussville Middle School.