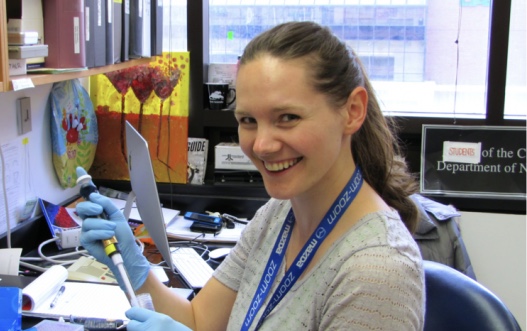 Karen Jaunarajs is a scientist working at U.A.B. Hospital. She studies the side effects of Levodopa (L-dopa), a popular drug used for treatment in Parkinson’s disease. 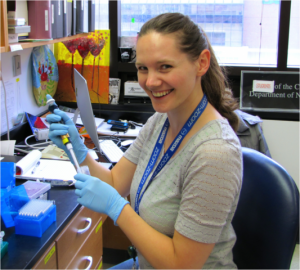 Before Jaunarajs moved to St. Clair County, she attended Binghamton University in New York for 10 years. In order to continue with her education, she had to go to graduate school.

“Originally, I wanted to study childhood trauma because no one really studies that,” Jaunarajs said. “But I needed experience in a lab, so I asked my counselor what to do. She said there was a new guy who had an opening for an assistant. When I got there, I got the job.”

After she got the job, she found out the person she was working for studied the side effects of L-dopa.

L-dopa was made to help Parkinson’s patients regain some movement in their body. However, the side effects of this drug can cause the consumer to suffer from uncontrollable shaking known as dystonia.

According to mayoclinic.org, “Dystonia is a movement disorder in which your muscles contract involuntarily, causing repetitive or twisting movements.”

This is where Jaunarajs’ job comes in as an Instructor of Neurology at U.A.B. Her job includes working in labs and infecting lab rats with Parkinson’s disease. Then she tests different variations of L-dopa on the rat in order to study how it affects the human brain.

“They are now trying to make a medication for what I studied 10 years ago,” Jaunarajs said.

She hopes in the future there will be a drug that can cure dystonia and Parkinson’s disease. Jaunarajs is making great advancements, not only for the science community and U.A.B., but for Alabama, as well.