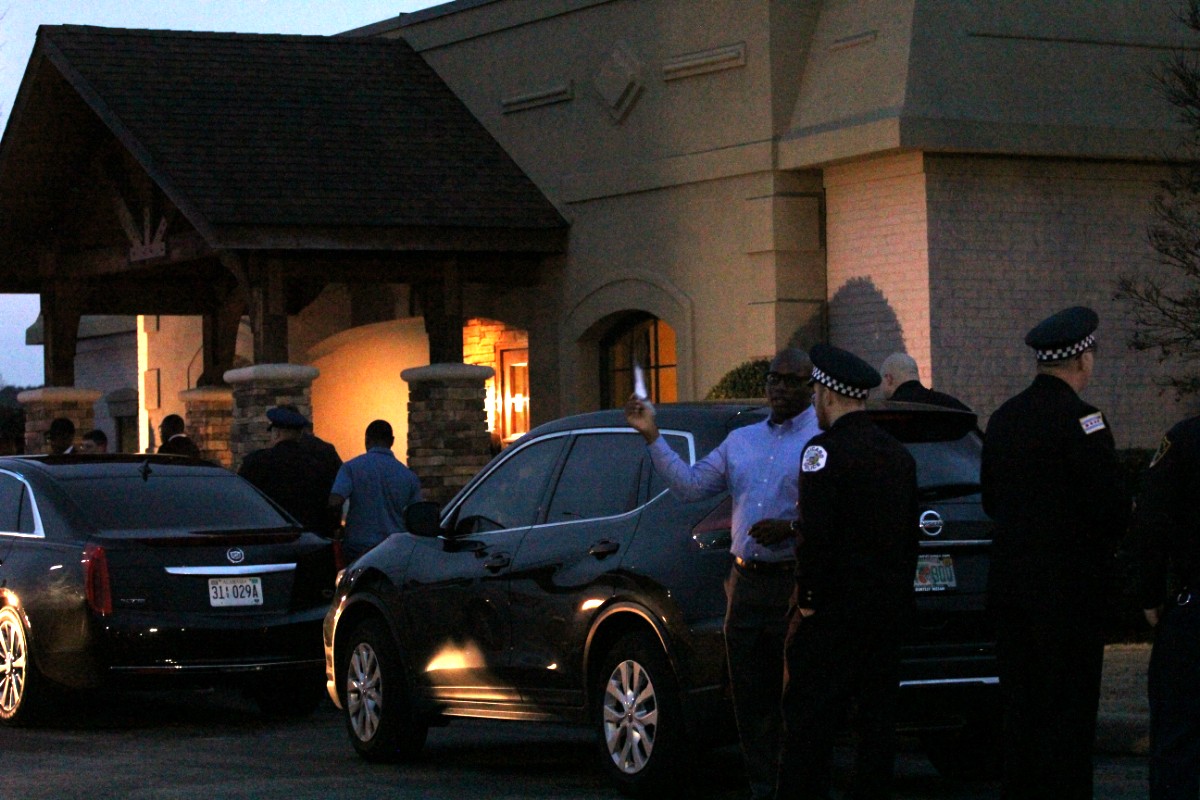 TRUSSVILLE — Visitation for Birmingham Police Sgt. Wyt Carter began at noon on Friday at Ridout’s Trussville Chapel. Since then, crowds have filled the parking lot to honor the fallen hero who was killed in the line of duty last weekend.

A steady flow of people and vehicles have filled the parking lot and the funeral home in the hours since the doors opened. At 6 p.m., visitation was scheduled to end, but the crowd showed no sign of subsiding.

Law enforcement agencies from across the metro area, the state and the nation sent representatives to show their respects for Carter.

The funeral procession for Carter will begin at 10 a.m. Saturday. The procession will leave Trussville via Interstate 459 to Interstate 59 to downtown Birmingham.

Funeral services are scheduled for 11 a.m. at the Legacy Arena at the Birmingham-Jefferson Civic Complex. The BJCC is located at 2100 Richard Arrington Jr. Blvd. N. Services will be livestreamed on The Trussville Tribune Facebook page.

Carter, 44, served with the Birmingham Police Department since 2011, where he has worked various assignments including West Precinct, HICOPP and Youth Services as a school resource officer.

Carter was promoted to sergeant in February 2018. He had previously worked for the Leeds Police Department. He is survived by his wife and two children.