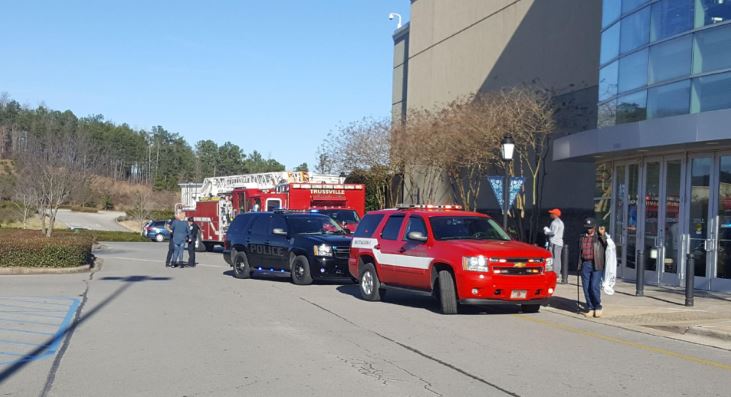 TRUSSVILLE – Two store security officers were stabbed by a fleeing suspect outside of the Trussville Belk on Monday afternoon.

The suspect was apprehended and taken into custody about an hour after the incident, Trussville Police Lt. Phil Dillon said. 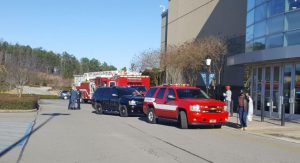 According to a witness, the suspect, a middle-aged white male, was approached by two store security officers after he had left the Belk at around 2:20 p.m.  When they tried to apprehend the suspect, he stabbed both store employees.

“I pulled my weapon and began to follow him,” the witness who did not wish to be identified said. “I told him to stop and wait until the police got there, but he kept going.  He crossed the field in front of the Pinnacle and then went over the fence by I-59.  That’s when I lost him.”

A Belk store employee said that it is protocol for loss prevention personnel to approach a shoplifting suspect only after they have exited the store.

Both loss prevention employees were transported to an area hospital by Trussville Fire and Rescue.

Within minutes of the incident, Trussville officers arrived on the scene and set up a perimeter from the Pinnacle parking lot to the I-59 area where the suspect was last seen running. The TPD K9 unit was on the scene and assisted in tracking the suspect.

Trussville Police took the suspect into custody after he was found in the area of I-59 just inside the tree line, Dillon said.