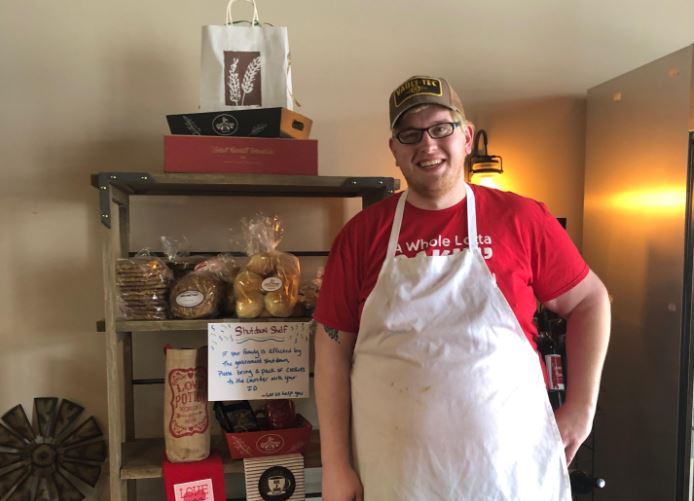 TRUSSVILLE — With the partial government shutdown extending past its first month, a Trussville business has found a way to assist some of the families impacted by the situation. 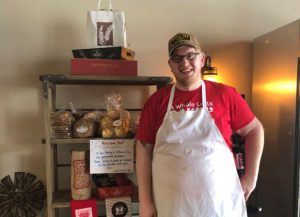 Great Harvest Bread Company in Trussville has set up a “shutdown shelf” in the store.  The shelf is stocked with several varieties of Great Harvest breads, and federal employees who are affected can take a loaf of bread to the counter where it will be given to them.

“The shutdown shelf is for anybody that is affected by the government shutdown right now,” said Cody Osborne, a baker for Great Harvest Bread Company. “It is just a way for us as a small business to give back to people that otherwise might not have been able to afford the bread.  This is our way of reaching out to the community.  All we require is that they bring in their government ID.”

The shelf, itself, is not the only way that Great Harvest Bread Company has been serving the community affected by the shutdown.  Owner David Snyder has also taken loaves of bread to the airport, to distribute to TSA employees, as well as the post office.

For the Great Harvest Bread Company in Trussville, it is all about giving back to the community.

“David and Great Harvest in general are pretty adamant about giving back,” Osborne said. “We’ve been involved in several charity things, we’ve got our hands in a whole bunch of other charity events coming up. So, we’re pretty heavily invested in that charity, pay-it-forward work.” 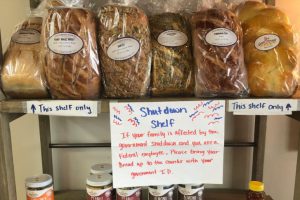