TUSCALOOSA — Every year the Alabama Scholastic Press Association holds a state convention.  The purpose of that convention is to teach students, hailing from every corner of the state, about media journalism.  It also serves to recognize the achievements of media journalism students from all across Alabama.  Among the big winners at this year’s event, held on Jan. 18 at the Ferguson Center on the University of Alabama Campus, was the journalism program from Clay-Chalkville High School.

The high school’s television network (CCN-TV) received the All-Alabama Award. This award is the highest rating a program can win in the category of broadcast journalism.  In addition, six Clay-Chalkville seniors were recognized with the Alex House Journalism Sustainability Award. This recognition comes for the significant achievement of starting the broadcast program only two years ago.  CCHS also won the Spirit Award, which is an honor that goes to the school that shows the most enthusiasm and participation during the sessions.  A number of the awards bestowed upon CCHS were for personal achievements, including four first place prizes.

“Most of our awards came from the Contest & Critique competitions,” said Broadcast Journalism teacher Abby Jaillet. “For Contest & Critique, students had to submit videos or mini-portfolios of their work back in December to be evaluated by ASPA judges. These videos could be for different categories, such as editing, videography, news reporting and more. We also submitted three videos to be considered for our overall broadcast evaluation. This overall evaluation was what earned us the ranking of All-Alabama.”

One  award went a faculty member.  CCHS Principal Michael Lee won the Larry Hayne’s Administrator of the Year Award, which is an award designed to recognize exceptional dedication to supporting and advancing a school’s journalism programs.

“Mr. Lee has been instrumental at getting this program off the ground, and has supported us every step of the way since,” Jaillet said.  “It was actually his idea to start the program two years ago after touring other schools that had successful broadcast/media journalism programs. Since then, he has always looked for community projects that we can work on and, as the program has grown, he has provided us with funding to purchase necessary equipment and go on trips such as the ASPA State Convention trip. We are so thankful to have a principal that is such an advocate for scholastic journalism!”

The state convention does more than just recognize the achievements of the past. It is also keen to prepare students for the future.

“These sessions provide students (and teachers!) with the opportunity to learn about everything from writing tips, broadcast presentation, and photography skills from industry professionals and college professors,” Jaillet said. “There are also several competitions that students can compete in at State Convention. Some of the competitions are on-site, meaning they take place at the convention. This year, we had several students compete in on-site competitions for news and anchoring. For this competition, students were taken to the Digital Media Center inside Bryant Denny Stadium, where they got to read several news stories off of a teleprompter while sitting behind a real anchor desk. We also had two students compete in the broadcast stand up package competition, which required them to conduct an interview of the convention’s keynote speaker, shoot b-roll footage, and edit a broadcast package in less than two hours.

“Many of our students are interested in pursuing a career in journalism or digital media. We have almost 10 seniors that will be graduating in May, and at least five of them plan to major in Journalism in college.” 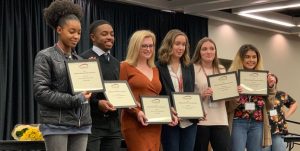 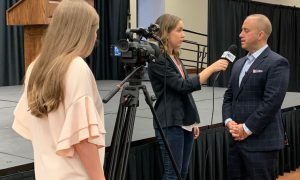 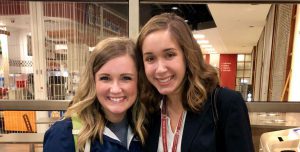