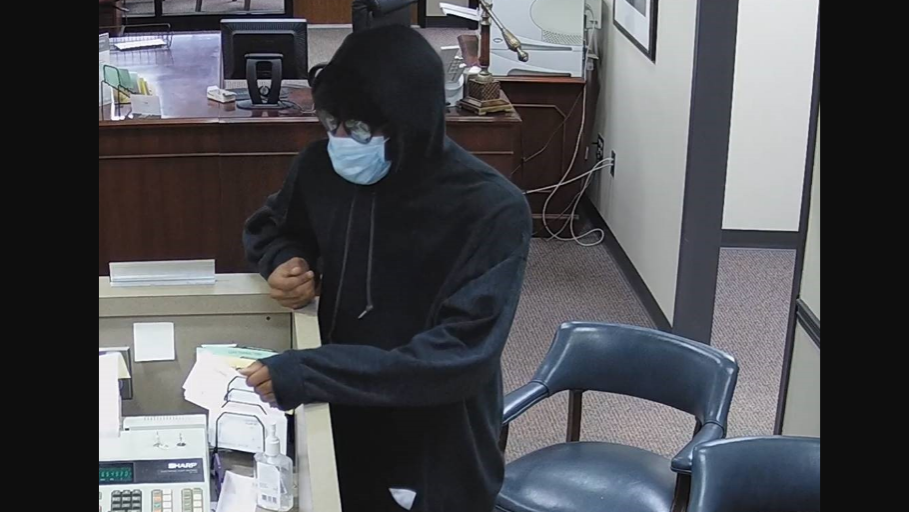 BIRMINGHAM — A bank robbery in Birmingham on Wednesday has police searching for clues and asking the public to help identify the suspect. His clothing and eye glasses may be keys in discovering his identity.

According to the Birmingham Police Department, the robbery occurred on Wednesday, Jan. 23, 2019, at approximately 11:35 am. 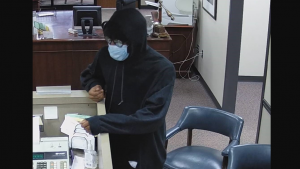 The suspect entered the EVA Bank located at 2915 Clairmont Ave. and presented a note to the teller that demanded money. The suspect left the bank on foot behind the location towards an apartment complex in the 800 block of 30th Street South. It’s undetermined the exact amount of money taken. There were no injuries during the robbery.

If there is anyone with information on the identity of the suspect, we ask that they contact BPD Robbery Detectives at 254-1753 or remain anonymous by contacting Crime Stoppers at 254-7777. If the tip to Crime Stoppers leads to an arrest, Crime Stoppers will provide a cash reward.