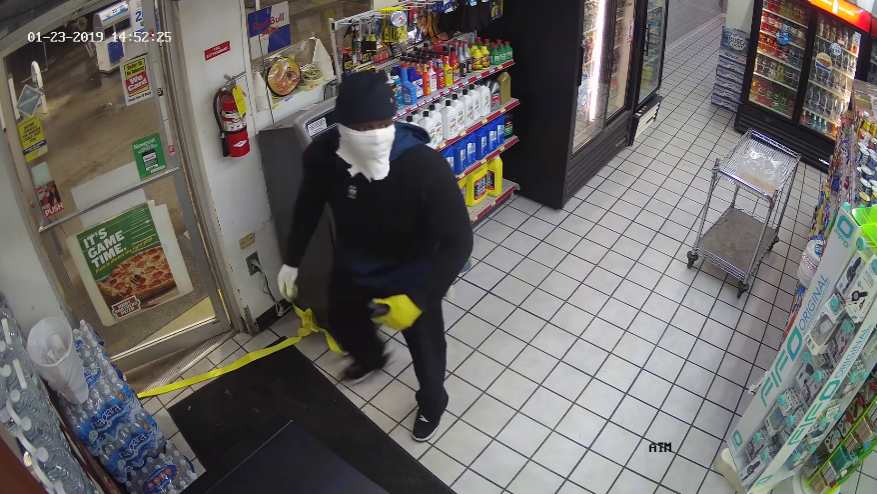 CULLMAN — An attempt to steal an ATM from a Cullman convenience store went very wrong for two bungling would-be thieves, resulting in a badly damaged vehicle. You can check out the disastrous attempt in the video below.

According to Cullman Police, at around 2:50 a.m. on  Thursday, the Chevron station located near the intersection of Interstate 65 and Highway 278 W was robbed.

The suspects were driving a red 2001-2004 Hyundai Sante Fe. Due to their unsuccessful attempts to steal the ATM located within the store, their vehicle has suffered heavy damage to the right front, especially around the front passenger door. It is also damaged, to include a broken out window, on the driver’s side of the vehicle.

“There were two black male suspects involved in this offense,” police said. “One suspect robbed the cashier and stole from the business. The cashier was assaulted and received medical care on scene.”

According to police, initial reports that she was possibly “pistol whipped” are inaccurate.

The other suspect used a tow strap to unsuccessfully attempt to dislodge the ATM located just inside the entryway. Both suspects wore masks and gloves in attempts to conceal their identities.

Cullman Police said they would appreciate any assistance from the public in locating the suspects or the vehicle used in this offense. If you think you may know who these persons are, please contact Investigation at 256-775-7170 or send a private message via social media.