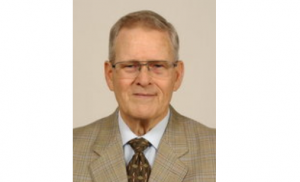 He was born in Mobile and was a graduate of Murphy High School. He married the former Diana Tremer, also of Mobile, in 1956. He joined The Birmingham News in 1959 after earning bachelor’s and master’s degrees in journalism from The University of Alabama. During his career as a reporter and editorial writer, he covered national political conventions, presidential campaigns, and civil rights, and had overseas assignments including the Middle East and war correspondence from Vietnam. He was editorial page editor and then managing editor before becoming editor of The News in 1978, serving in that position until his retirement in 1997. As editor, he was responsible for both news coverage and editorial commentary in Alabama’s largest newspaper. Under his editorial guidance The News received a Pulitzer Prize in editorial writing in 1991 for a series of editorials on the need for tax reform in Alabama.  Mr. Jacobson received numerous journalism awards, including induction into The University of Alabama’s College of Communication and Information Sciences Communication Hall of Fame in 2011.

Memorial may be made to Alzheimer’s of Central Alabama (www.alzca.org) and the Alabama Press Association Journalism Foundation (www.alabamapress.org ), or a charity of your choice.