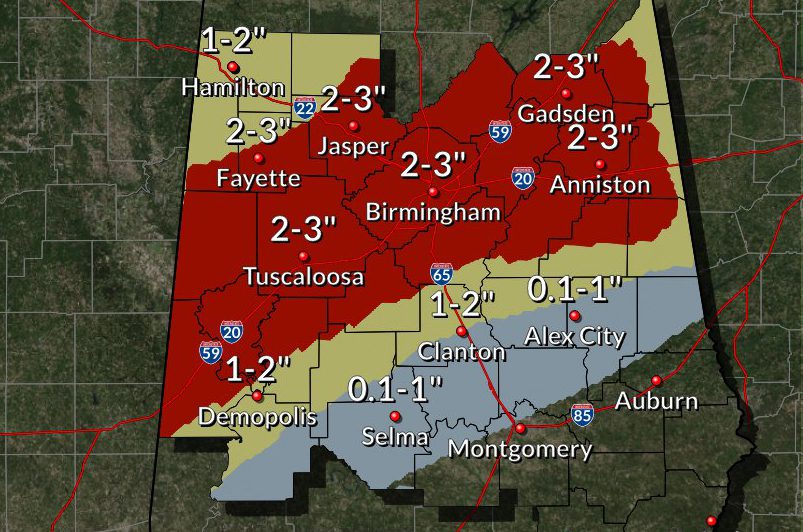 TRUSSVILLE — The latest information from the National Weather Service in Birmingham includes an expanded winter storm warning area with several new counties added to the south and east of Jefferson County.

The newest models also narrow down the time of snow arrival in the local area. Three inches of snow is now predicted for the Trussville area.

According to NWS-Birmingham, rain is likely before 3 a.m. Tuesday, then rain and snow. The low will be around around 28. Southwest winds of 5 to 10 mph will come from the northwest after midnight. Winds could gust as high as 20 mph.

The chance of precipitation is 100 percent. Total nighttime snow accumulation of around 2 inches is expected.

More snow, mainly before 9 a.m. on Tuesday, is expected with a high near 33. Northwest wind 5 to 15 mph. The chance of precipitation is 80 percent. New snow accumulation of around an inch is possible on Tuesday. 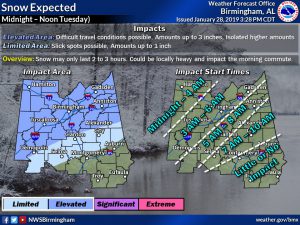 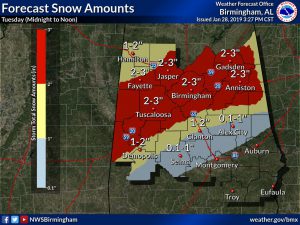 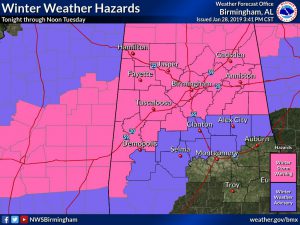