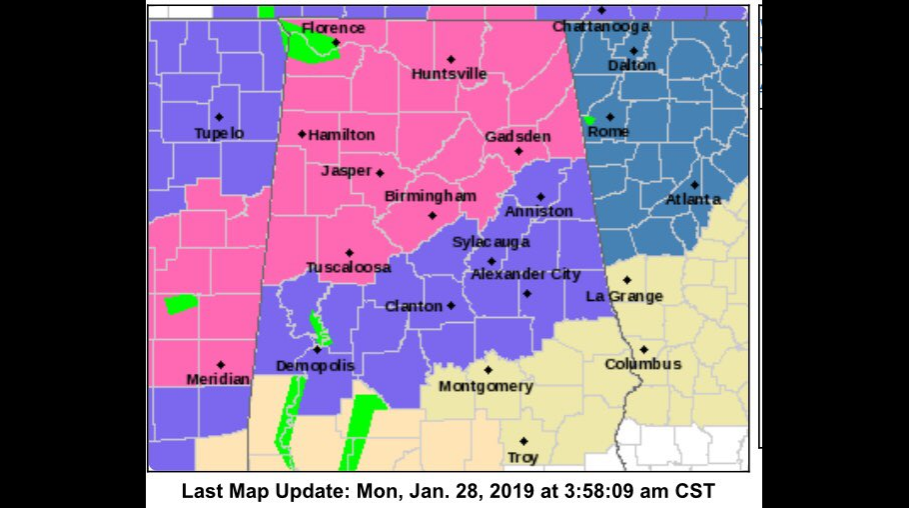 TRUSSVILLE — The National Service in Birmingham has issued a winter storm warning for central and north Alabama from midnight Monday until noon on Tuesday.  Snow accumulations in the warning area are now projected at 2 to 3 inches. 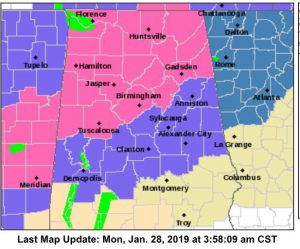 A strong cold front will move into central Alabama late Monday night and Tuesday morning, according to NWS. Rain will change over to snow as early as midnight Monday night in the northwest, with the rain to snow transition line moving southeastward through the morning on Tuesday.

Snow will come to an end around noon on Tuesday in the east. While snow may fall for only one to three hours at a given location, it could be heavy at times, with accumulations of 2 to 3 inches across the warning area.

Amounts under two inches are expected in the advisory area. Temperatures will fall below freezing across the warning area and portions of the advisory area, resulting in potentially dangerous travel conditions.

This will impact the morning commute, especially along the Interstate 20 corridor.