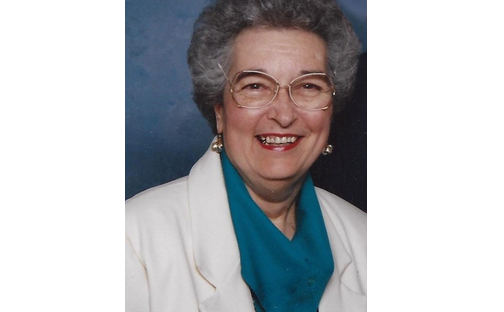 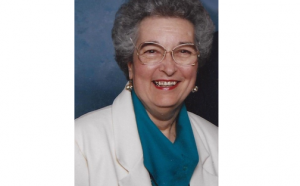 She was born and raised in Wylam and graduated from Ensley High School in 1946 at the age of 17. She went on to attend the University of Alabama with plans to major in Music but left in 1947 to marry the love of her life, John Ronilo. They remained married for 62 ½ years until John’s death in 2009.

John Ronilo and Ronilo were longtime residents of Ensley, where they raised their two daughters, Susan and Stephanie. Many recall Ronilo always opening up the Ronilo home to the neighborhood, especially to share her delicious cooking. She was a homemaker while her daughters were in school, and she volunteered at Baker Elementary raising donations for the annual Fall Festival, teaching reading to first time readers and playing piano for the music teacher. Ronilo served in many capacities in the Parent Teacher Association (PTA) at Baker Elementary and Ensley High School and served as the Birmingham City Schools PTA president in 1973. She also studied Parliamentary procedure and served this role in several organizations.

She was a lifelong member of the Presbyterian Church and held positions in her churches as Deacon, Elder and Stewardship Co-Chair. She was a Sunday school teacher, vacation bible school leader, and sang in the church choirs for over 50 years. Susie will always be remembered for her incredibly beautiful singing voice. She completed an independent study in Voice and Latin, served as a soloist at innumerable weddings, funerals and other events, and was member of the Mother Singers’.

She enjoyed musical theater, sewing beautiful clothing, teaching piano lessons and gardening. She always had a gallon of fresh sweet tea ready for guests. She made some of the best fried pies, fried chicken and peach cobbler that would make any Southerner proud. She also loved spending time with family and friends at their place on Smith Lake. She had devotion to all children and delighted in being a grandmother. She will be remembered for her Ronilo is preceded in death by her husband John Ronilo of Birmingham, her parents O.C. Nix, Sr. and Elizabeth Linder Nix, brother O.C. Nix, Jr., all of Shady Grove, AL, and her son-in-law Mike Caraway of Trussville. She is survived by daughters Susan R. Caraway of Trussville and Stephanie R. Earley (Bobby) of Alpharetta, GA; Five grandchildren: Holly Caraway and her fiancé Thomson McCorkle of Montgomery; Lauren Caraway Winstead and husband Rees of Austin, TX; Rachel Earley Carter and husband Nick of LaGrange, GA; John Michael Caraway of Austin, TX; and Kayley E. Earley of Denver, CO; and four great grandchildren: Kara and Ava Carterand Jack and Owen Winstead.

The family wants to extend a special thanks to Janice White, Kay Pevoto, and Dr. Nancy Pajaro for their devotion and care. In addition, thanks to all of those at Amedisys for hospice and medical care.

In lieu of flowers, please consider a donation to the Presbyterian Home for Children, PO Drawer 577, Talladega, AL 35161-9975 or www.phfc.org.