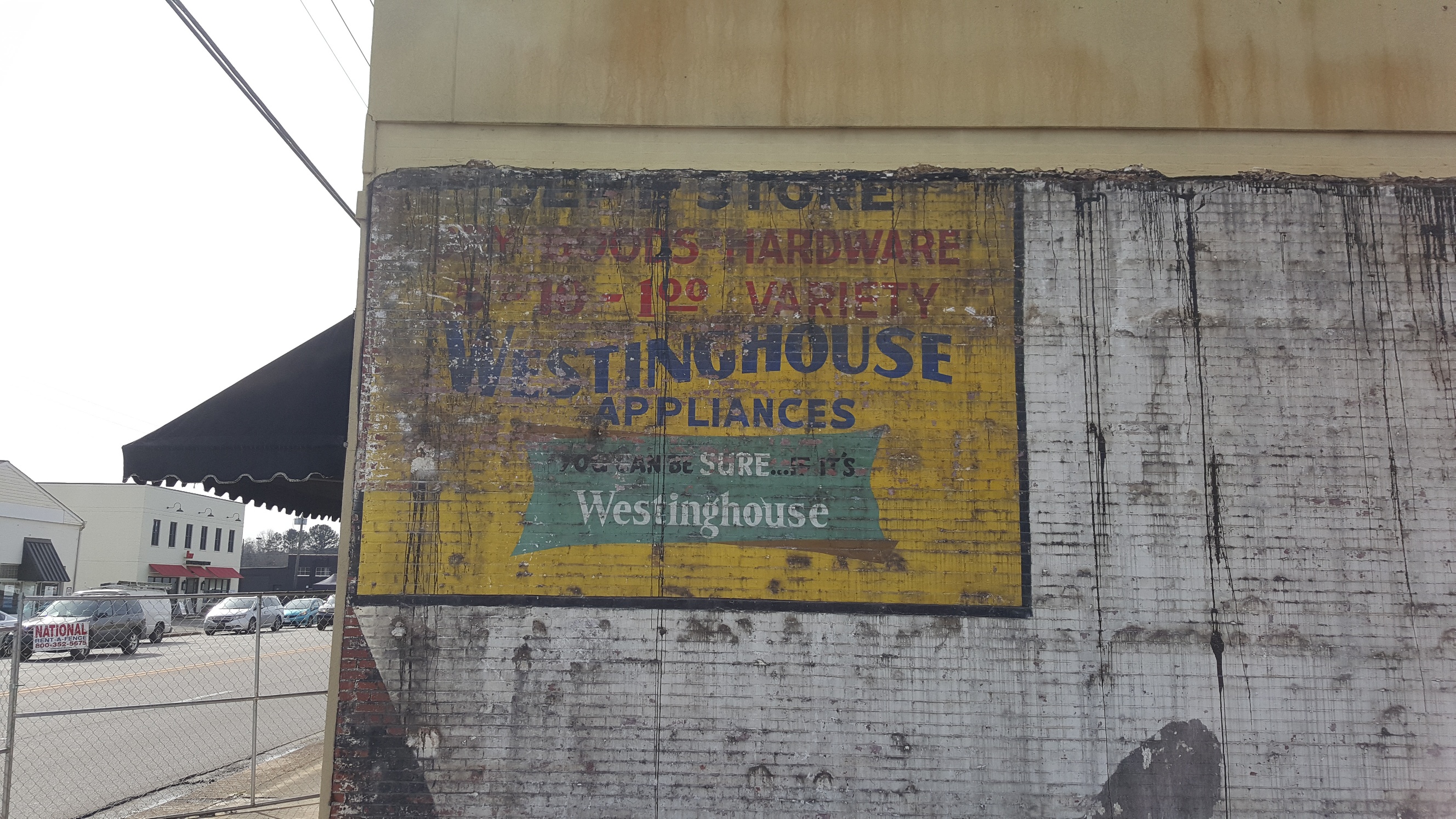 TRUSSVILLE — Three of the four buildings that once housed Braden’s Furniture are currently being demolished. A total of four buildings on North Chalkville Road are now piles of debris being loaded on dump trucks and hauled away.

The fourth Braden’s building, which is second from the corner on Main Street, revealed a piece of downtown Trussville’s past when the demolition crew took down the corner building. 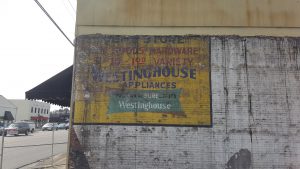 The remaining building, which will be renovated as the new home of Brik Realty, revealed a ghost sign from days gone by.

The advertisement on the side of the building does not reveal the name of the store, but the part that is visible does tell a story.

Photos from Trussville Through The Years by Earl Massey indicate that the sign was on the side of T.E. Glenn’s Department Store, which was built  after his first store was destroyed by fire in September of 1938.

The information from Massey’s book was confirmed by the memories of George Glenn and Trussville City Clerk Lynn Porter.

At the top portion of the sign is Dept. Store and underneath it reads Dry Goods – Hardware. Further down is 5 – 10 – 1.00 over a Westinghouse appliances logo with the catch phrase, “You can be sure…if it’s Westinghouse.” 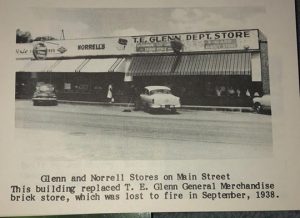 It’s not clear how early Westinghouse used the phrase in advertising, but it was used as early as the television commercial in the video below from 1953. What do you know about this business and sign? Please share your information in the comments below!