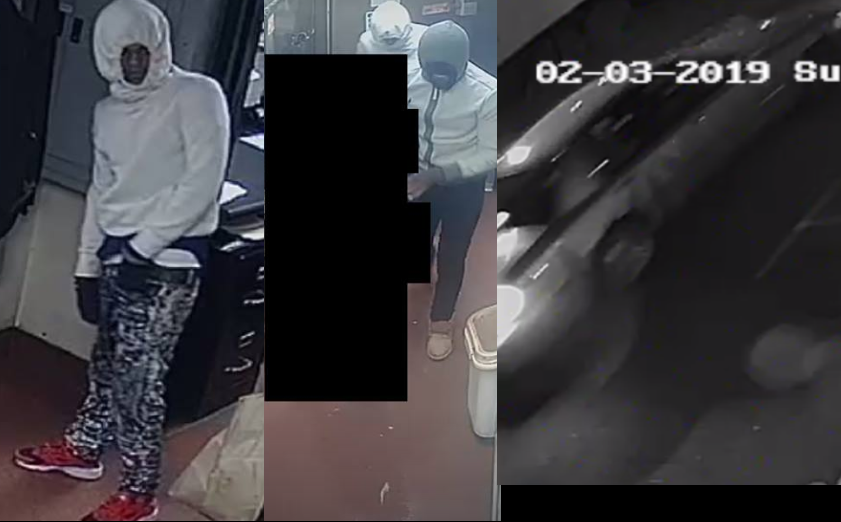 Have you seen them? Hoover requests help identifying suspects in armed robbery of Jim N’ Nicks 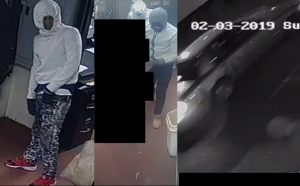 According witnesses, two black males entered the back door of the restaurant with their faces covered and ordered three employees to the floor at gunpoint. The suspects then went into an office where they stole a safe and fled out of the back door. Both suspects were last seen getting into a grey Mercury Grand Marquis headed northbound on Montgomery Highway. One suspect was described as wearing a white hooded sweatshirt with black pants, armed with a handgun. The second suspect was wearing a white hooded sweatshirt with black and white pants and red shoes.
The Hoover Police Department request that if anyone has any information about this case, they call Sgt. Matt Savage at 205-739-6780 or remain anonymous and qualify for a cash reward by calling Crime Stoppers of Metro Alabama 205-254-7777.