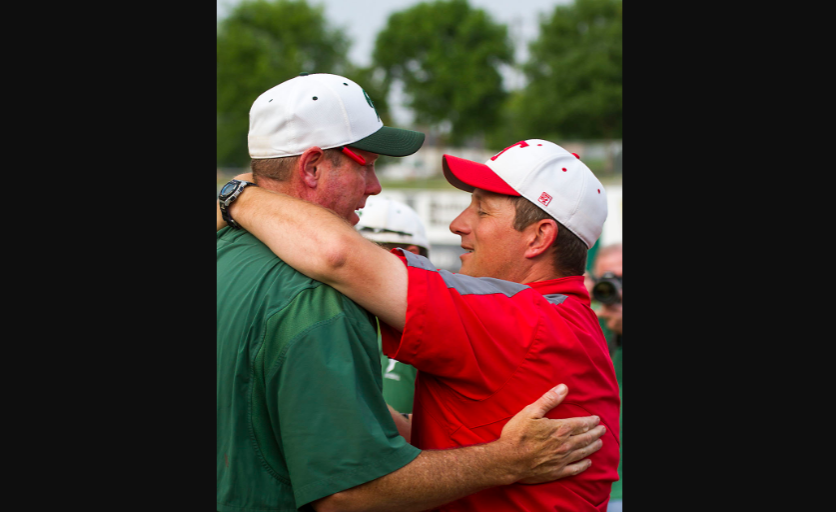 Hewitt-Trussville’s varsity baseball season begins this week, but when the Huskies travel to Pelham this week, the Opening Day focus is less about the performance on the field and more on the people.

For the fifth-straight year, Coach Jeff Mauldin will carry his team to his former stadium to participate in Pelham High School’s Field of Teal event Monday, Feb. 18, a four-game event to raise awareness of ovarian cancer, raise support and honor survivors.

“We’ve been very fortunate to be a part of it every year,” said Mauldin. “It helps our kids realize there’s more to life than baseball, and I think it helps them be a part of something special that not a lot of teams get the opportunity to do. We’ve got a lot of different kids from Trussville that have had an opportunity to participate in this event.”

However, for Mauldin, it’s not just an event to give back. It is one that hits home.

Seven years ago when Mauldin and assistant Jeff Schrupp made the move from Pelham to Hewitt, his former assistant coach Sean Anderson took over the Pelham program. At that time, Anderson’s wife, Tammy, lost her mother to ovarian cancer after a five-year battle. Five years ago, in 2014, Tammy was diagnosed, herself.

“It’s special for us to be a part of it because of our friendship and what their family means to me and Coach Schrupp,” Mauldin said. “You spend so much time with someone you consider them a family, and when they went through that we spent a lot of time in prayer. We felt it would be a real special thing to do.”

This year’s event will feature four games among four teams. Gates open at 9 a.m. with a ceremonial first pitch at 9:45 a.m. Games begin at 10 a.m. with Pelham hosting Chilton County, followed by Hewitt-Trussville and Chilton County at 12:30 p.m. At 3 p.m., the Huskies will meet Pell City, followed by Pelham and Pell City at 5:30.

Field of Teal has become an annual reunion event for Mauldin’s former Pelham coaching family, who is welcoming in Chilton County and Pell City for their first seasons at the event.

“The baseball is really good,” Mauldin said. “It’s good feelings. Everybody is hanging out, talking and catching up, and then you realize you have to go out and try to win a baseball game. Baseball kind of becomes secondary a little bit when you look at the big picture.”

Teams will be wearing some form of teal stickers or accessories, while the Pelham Panthers will be decked out in teal jerseys and socks.

Each year, Tammy Anderson organizes the event to give back for the support she received and extend the education of gynecological cancers. She will be honored as the Survivor Honoree at the Laura Crandall Brown Foundation (LCBF) Taste of Teal Gala this March.

All four games have special dedications. The first game of the day is a “memory of” and “research for future generations” game. The game will honor the memory Genny Bourland, who passed away two years ago. Her husband, Shea Bourland, and their kids, Will and Bella, will be on the mound pregame with Will throwing out the first pitch and Bella releasing white balloons in her mother’s memory. Local support group members will also join in this moment.

The second game is focused on awareness and is dedicated to LCBF. Jim Crandall will throw out the first pitch and Diamond Dolls will pass out cards to educate women on ovarian cancer symptoms.

Mauldin and Schrupp will share in the moment to tell the story behind five years of Field of Teal before Game 3. At this moment, information will be given about the five-year survival rate for those with both an early and late diagnosis.

Game 4 is for survivors, a special moment for Tammy Anderson.

“At time I was diagnosed, cancer equated to death sentence because I lost both parents, two aunts and a cousin to cancer,” Tammy wrote in an email. “I did not know any survivors. That all changed when (I) met Cheryl Bourn and others with CanSURVIVE.”

Survivors from CanSURVIVE will be on the field and will talk about ways to raise funds to support patients, survivors, caretakers and families.

To learn more about the organizations involved in the event, visit cansurvive.org or thinkoflaura.org. T-shirts can be ordered at thinkoflauara.org/fieldofteal.