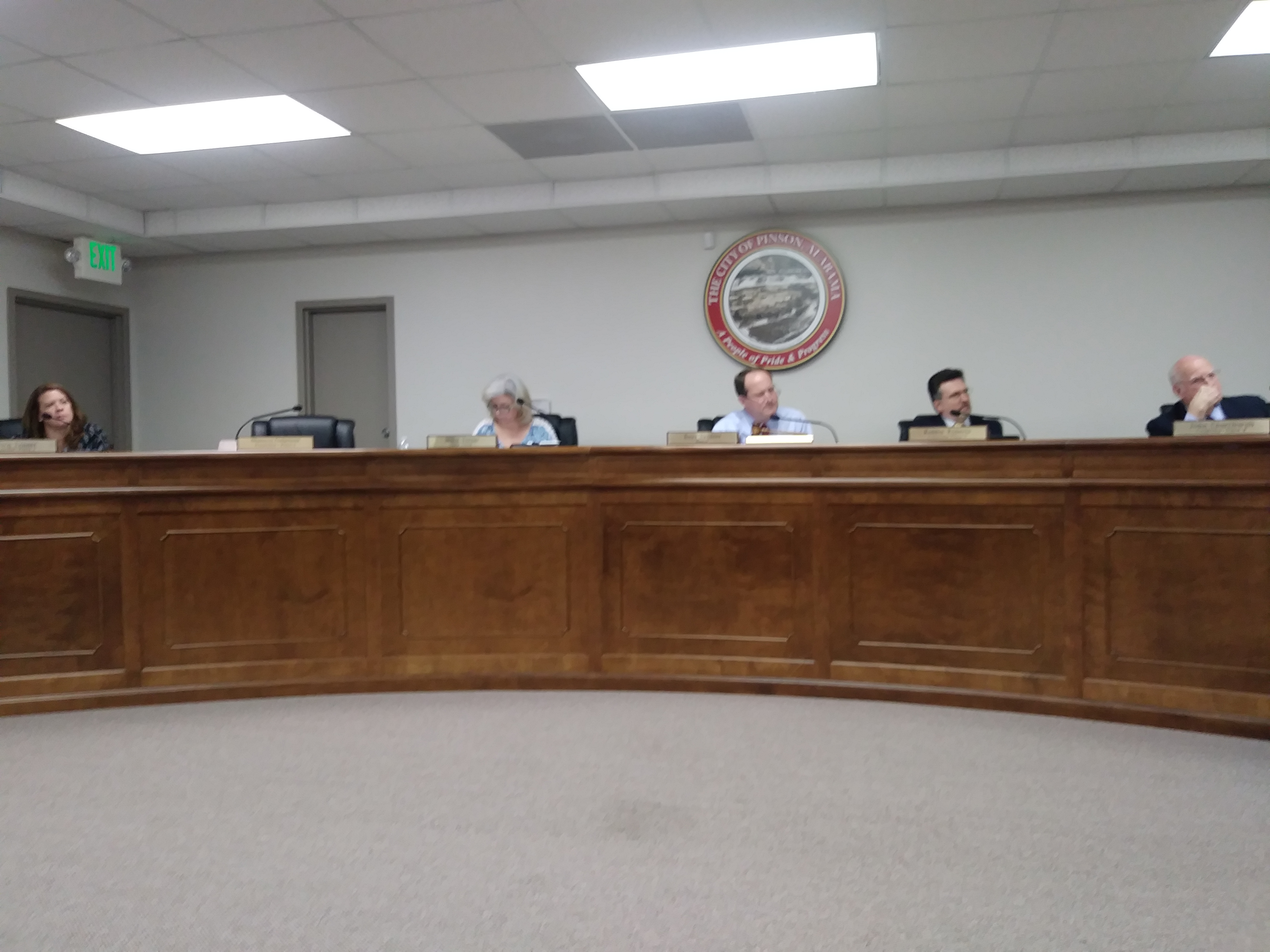 “Heather Point is probably our second largest subdivision,” said Pinson Mayor Hoyt Sanders before the vote. “That was approved, if you will, before we were a city.  The speed devices have worked well in Innsbrooke…Innsbrooke was a bit of a prototype for these new design of calming devices, but (neither) the county nor the city has heard any adverse, so we’re going to, if approved, consider them now for Heather Point.”

The council unanimously approved the purchase and installation of four new exterior doors at the Rock School.  The total cost of parts and labor to install the doors came to approximately $3,500.

The council considered the possibility of purchasing a new mower for the public works department.  The city generally buys one new mower per year to protect against the possibility of a large number of the city’s mowers, which have a life expectancy of approximately 1,000 hours, going out of service at the same time.  The price of the new mower was $9,173.  The city approved the purchase unanimously.

The council considered a motion to expand Pinson’s disc golf course to a full 18 holes.  The expansion would open up the possibility of the park being used for tournaments.  The cost of the project was estimated to be $5,000.  The council passed the motion unanimously.

The council unanimously approved to remit $20,000 to help fund the position of Turkey Creek Manager during 2019.  Pinson provides this amount annually as part of the city’s partnership in Turkey Creek.

In other news, councilwoman Shannon Galamore shared some information with the council about Pinson Valley High School’s basketball team.

“So, our basketball team made it to the…elite 8…for the first time in school history,” Galamore said. “We played Huffman on Wednesday and literally won the game by one point in the last like two seconds of the game.