MORGAN COUNTY – A woman who is alleged to have Googled obituaries to find homes to burglarize was arrested on Wednesday.

Law enforcement said that on Wednesday, Morgan County Deputy Sheriffs conducted a traffic stop on a vehicle leaving the scene of a possible burglary in progress. The driver, Jennifer Lynn Azizian, was identified by the homeowner and arrested on a misdemeanor. Priceville Police Department then charged Azizian with four counts of felony burglary for similar activities in their jurisdiction. 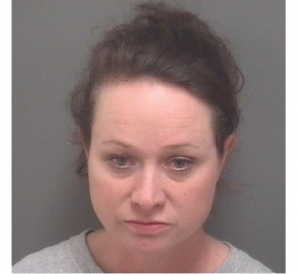 On one occasion, Azizian is alleged to have broken into a victim’s home to steal prescription medication while the family attended a funeral.

Morgan County Sheriff’s Office Investigators received a statement from Azizian stating that she would Google area obituaries, then Google the addresses of family members. She would then go to the address during the time of the funeral and forcibly enter the home to locate prescription medication, according to officials.
Morgan County Sheriff’s Office Investigators charged Azizian with third degree burglary. Her total bond was set at $60,300.

Morgan County Investigators ask that area residents contact their local Law Enforcement Agency if they believe they have been the victim of a break-in or burglary of this nature.