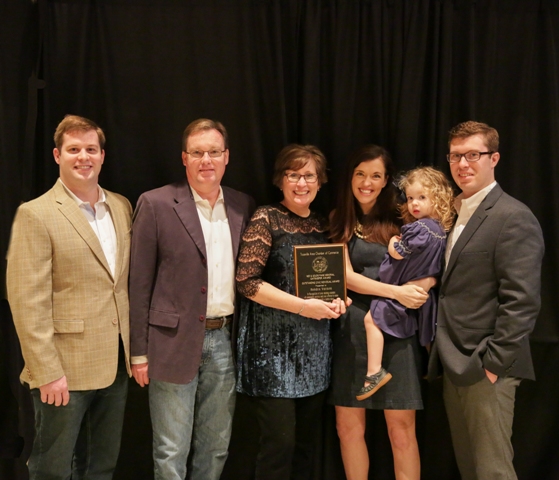 TRUSSVILLE — The Trussville Area Chamber of Commerce held its 63rd annual banquet Saturday night at the Trussville Civic Center.  The banquet serves as a fundraising event for the chamber and recognizes outstanding volunteers and customer service. The event also serves as a platform to officially induct the chamber’s new officers and board members.

About 180 people attended the festivities. Entertainment was provided by the Hewitt-Trussville Jazz Band.

Recipients of the Ned and Goldie Paine Memorial Gatekeeper awards, which recognize outstanding service to the community, were Sandra Vernon in the individual category and the Eastern Women Committee of Fifty in the group category. Nominations are accepted from the community-at-large, and a committee comprised of the three previous years recipients in each category makes the final selection. 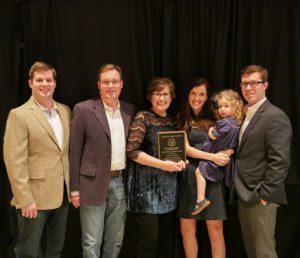 Vernon is a life-long resident of Trussville and holds the position of assistant to the superintendent for Trussville City Schools.

“She loves Trussville probably more than anyone we know,” a statement released by the TACC said. “If there is an opportunity to be involved in something, she jumps at the chance. She volunteers at T.E.A.M., and if there is a particular need, she is right there already asking for donations. She is very involved with the Trussville City Schools Foundation. She attends Trussville United Methodist Church where she serves as the secretary to the church council, is on the worship committee, is a greeter, and a member of the New Horizons Sunday School Class.”

Vernon was recently recognized as ‘Secretary of the Year’ for the Trussville City Schools district. She is the current president of the Trussville Rotary Daybreak Club.

Winner of the non-profit group Gatekeeper award was the Eastern Women’s Committee of Fifty, which is comprised of women who live or work in the eastern area of Jefferson County. The purpose of the organization is to participate in the cultural, civic and charitable development of this area. As of 2018, this organization has raised over $1 million for local charitable causes.

The chamber presented the Customer Service Person of the Year Award to David Belcher of Happy Wok in Trussville.

Donna Lowery was recognized as the Ambassador of the Year.

“Our chamber ambassadors have been phenomenal in assisting with chamber events, recruiting new members, and in general have been wonderful representatives for the chamber,” Chamber Director Diane Poole said. “We can’t begin to say how much we appreciate this group.”

Jeremy Walker was named Volunteer of the Year. Walker was cited for his volunteer work with the Maple Leaf Run and assisting in creating the Cahaba Race Series.

Alan Taylor and Brian Plant are the city council liaisons to the chamber.