LATEST NEWS
Home Local News Hewitt-Trussville defeats Auburn 48-45, one game away from winning it all 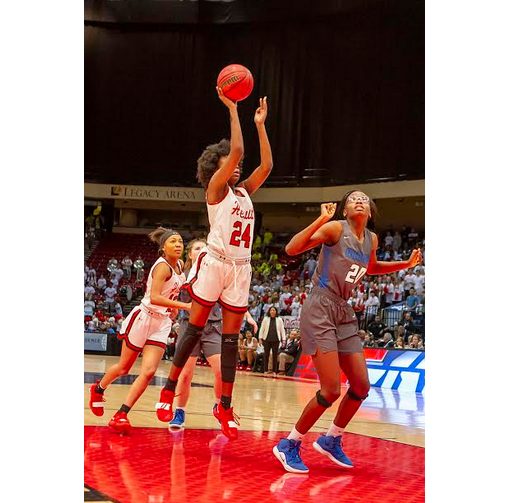 Hewitt-Trussville defeats Auburn 48-45, one game away from winning it all

BIRMINGHAM — In a historic game for Hewitt-Trussville athletics, the Huskies made the most of their first ever final four appearance by besting the Auburn Tigers 48-45 and will be advancing to the state championship game for 7A girls’ basketball at 4 p.m. on Saturday at the BJCC Legacy Arena in downtown Birmingham.

It was a sluggish start for Hewitt-Trussville with the Huskies missing nine of their first 10 shots and trailing the Auburn Tigers by seven points at the end of the first quarter. 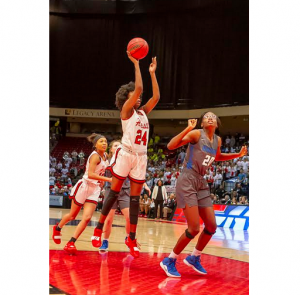 A 3-point shot by Amiya Payne, with 2:07 remaining in the second quarter, gave the Huskies their first lead of the game, but the Tigers quickly clawed back and both teams went into halftime with a score of 21 a piece.

The Huskies started to break away in the third and by the end of the quarter were leading the Tigers with a score of 38-29.

Things were not to be that easy for the Huskies as the Tigers refused to go gently into that good night and rallied with nine unanswered points in the fourth quarter, a run that put Auburn one basket out of the lead with only 1:16 remaining in the game.

With 30.9 left in the game, Morgan Kirk nailed two free throws to ease some of the pressure on the Huskies, only to have Auburn’s Olivia Porter to come in behind with a free throw of her own to put the pressure right back on.

With 4.9 left in the game, Morgan Kirk nailed two more free throws to lengthen the husky lead with Auburn going all-in on an attempted 3-point shot that missed.

Olivia Porter was the top scorer for Auburn.  She contributed 14 points, had nine rebounds and four assists.

“We’ve been focusing on a Bible passage about love,” Huskies Head Coach Tonya Hunter said. “About touching each other and showing love.  At this point in time, where (we’re) at, you have to make plays.  You have to trust each other…”

After the game, Husky Morgan Kirk provided some insight into how the teamed turned the game around and went in for the win.

“We know that we were better and we weren’t satisfied,” Kirk said. “So, in the locker-room I kept preaching to them, ‘just forget about happened in the half, it’s a new game,’ and to play our heart out in the last 16 minutes and we did.” 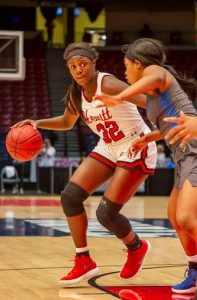 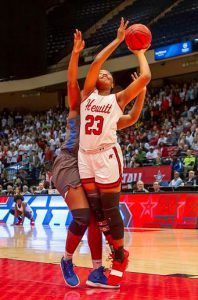 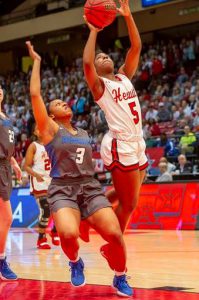 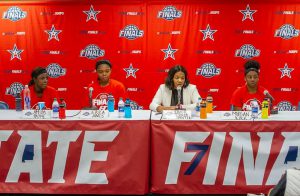