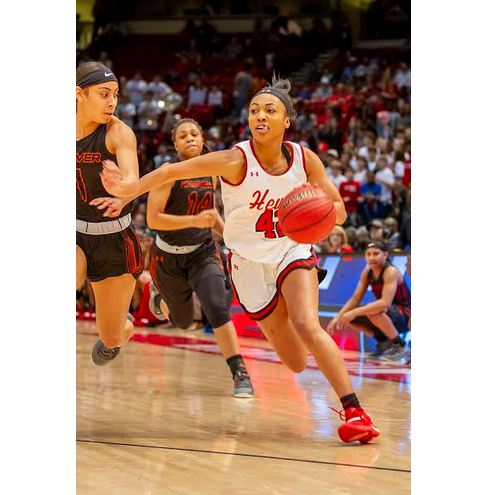 BIRMINGHAM – In a heartbreaker for the Huskies on Saturday night, the Hoover Buccaneers defeated Hewitt-Trussville 47-33 in the 2019 AHSAA Class 7A state girl’s championship game.

Hoover led by seven points at the half, 23-11, and by the end of the third quarter the lead had increased to 20 as Hoover cruised to the sixth championship in their history. 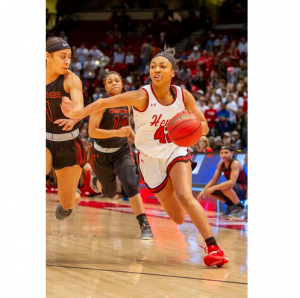 Despite the loss, the Lady Huskies still made history in a year that has seen their first trip to the final four and then to the state championships.  This is clearly a team on the rise whose fantastic season would be the envy of almost any other high school in the state.

Morgan Kirk led the Huskies with 14 points and was 9-of-12 at the foul line.  Amiya Payne had eight points and five rebounds for the game, as well as two assists and two steals.  D’yonya Jones had five rebounds, three blocked shots, three steals and contributed four points.

“Hoover is an outstanding team,” said Huskies Head Coach Tonya Hunter. “They know how to win.  They’ve been here on this stage before.  This is our first time.  We’re going to go back and work and try to get back here again.”

Hunter’s gracious and winning attitude is something her players have, as well.

“I think I can speak for the team saying we are all blessed and happy to even be in the top two teams,” Husky Amiya Payne said in the press conference. 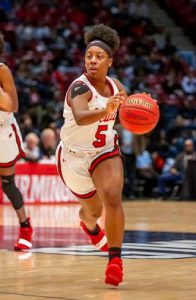 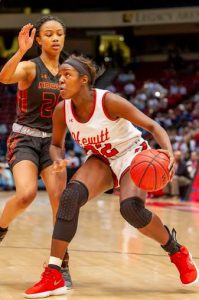 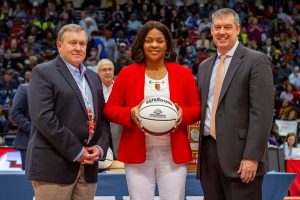