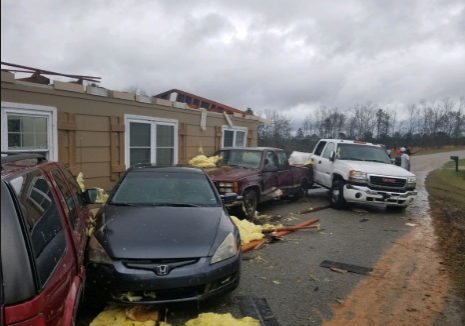 WBRC will host Together for Alabama tornado relief telethon, Trussville Tribune to partner in effort

BIRMINGHAM — WBRC FOX6 News announced today that in coordination with the Alabama Broadcasting Association and partnership with all participating Alabama radio and television stations, WBRC has teamed up with the Birmingham Salvation Army and the American Red Cross to host the ‘Together for Alabama’ tornado relief telethon. The telethon will be held all day on Wednesday, March 6.

“As residents of Alabama and members of the broadcast community, we are devastated by the loss of life and the many homes, businesses and churches destroyed by tornadoes Sunday,” said Alabama Broadcasters Association President Sharon M. Tinsley. “It’s always difficult to look at the images after a disaster, but when it’s your neighbors and so many of them are gone, it’s especially hard to accept. We will come TOGETHER FOR ALABAMA as a group on Wednesday, March 6, to raise money and collect needed items for those who’ve lost so much. Broadcasters are always there for the communities they serve and at times like these, we bring everyone together in a way like no other.”

All donations made during the telethon will go directly to relief efforts in Lee County and surrounding communities. The number to call is (205) 583-4303. Only monetary donations will be accepted.

“Our hearts are heavy following Sunday’s devasting tornadoes in Lee County,” said Collin R. Gaston, WBRC FOX6 vice president and general manager. “On behalf of WBRC and Alabama Gray Television stations (WSFA, WAFF, WTVY) and Alabama Gray Television station (WTVM) in Columbus, Georgia, we hope you can join us in helping those families and communities that have been impacted with a donation for recovery efforts.”

“We are devastated to see the destruction and we felt compelled to do something,” added Shannon Isbell, WBRC FOX6 news director. “We hope these donations will ease the pain for so many who are suffering loss of loved ones and loss of their homes.”

“We’re happy to partner with WBRC in the relief effort for the tornado victims in Lee County,” Trussville Tribune Publisher Scott Buttram said. “Our readers recall the devastation of the tornadoes in Clay and Trussville several years ago and understand the suffering of so many in Lee County. We serve very loving and giving communities and I know our readers will respond to help our Alabama neighbors.”