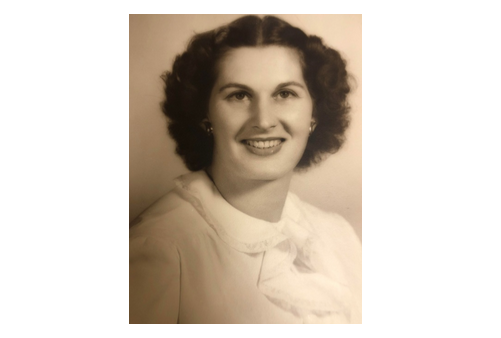 Mildred Anne Svoboda Simpson, age 98, died on Feb. 25 in the Kirkwood by the River, a caring and loving retirement home and community in Birmingham.

From her birth in Chicago, IL, on July 24, 1920, to her death on Monday, she nourished people around her with love, cooking, flower arranging, and swimming. 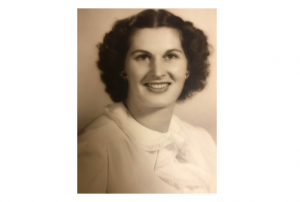 After graduating from J. Sterling Morton High School on June 11, 1937, she enlisted in the WACs as a clerk-typist in the Public Relations office at First WAC Training Center, Fort Des Moines, IA. She was a veteran of World War II, serving in the US Army (Nov. 12, 1942 – Nov. 27, 1945 discharged from Camp Plauche with a Good Conduct Medal and No Time Lost under AW 107). Corp. Mildred or Milly as many called her, was a talented dancer. She was also a member of a group of WAC hit attraction entertainers who sold over two million dollars worth of war bonds and stamps in Iowa. Cpl. Svoboda was sent to Fort Des Moines in 1942, and was in the personnel office as payroll and file clerk on completion of her basic training. She also attended the non-commisioned officer’s school and was company clerk in the 2nd Regiment before her assignment to the Public Relations office. She was a Spanish dance specialist, who appeared on 12 War Bond programs in different Iowa cities. Sergeant Mildred Svoboda, WAC, having volunteered to forsake a life of Single blessedness, WP chapel, Camp Plauche, to arrive no later than 12 August 1944, to be assigned to 2nd Lt. William A.B. Simpson. It was Milly’s smile, secretarial skills and her talent at dancing that attracted William Simpson to her in 1943. Milly and William married on August 12, 1944, in New Orleans, LA. Following William’s retirement from the Army, the young couple served a number of communities during their life together: Clifton, NJ; then Allendale, NJ; and then Birmingham, AL.

The Simpson family would like to extend their gratitude to all the staff at Kirkwood by the River in Birmingham, specifically those in the Skilled Nursing floor for their attentiveness and loving care.

In lieu of flowers, expressions of sympathy in her memory may be given to SPARE a Life initiative to KMAA, 1561 Montgomery Hwy, Birmingham, AL 35216. Make checks payable to KMAA. Condolences may be sent to www.jmgardens.com