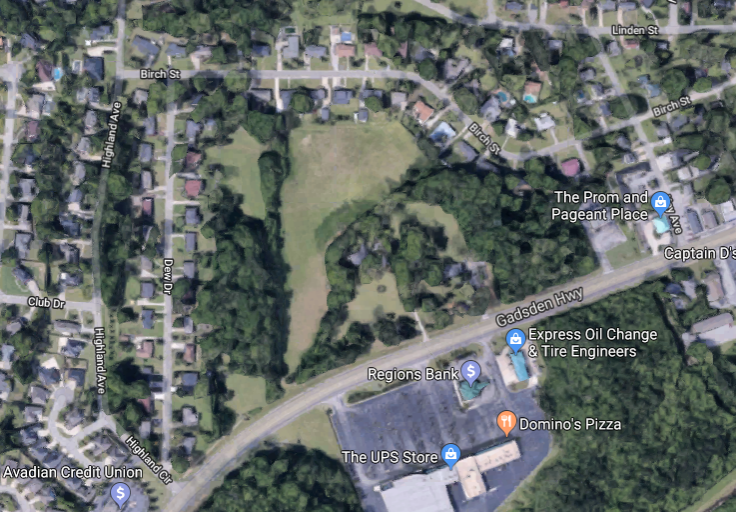 TRUSSVILLE — Developers requesting a rezoning of property on U.S. Highway 11 across from Winn-Dixie in Trussville appeared before the Planning and Zoning committee in work session on Thursday to answer questions about their planned use of the property. 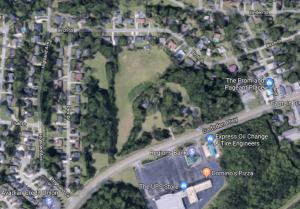 According to drawings submitted to P&Z, about 40 garden homes would be accessed by a road from Highway 11 through the proposed commercial area. Any access to the property would ultimately require ALDOT approval. Talks with ALDOT are already underway, according to Darryl Skipper.

Skipper, a member of the P&Z committee, informed committee members that he would not take part in the vote, which is on the agenda for the P&Z meeting at 6 p.m. on Monday at City Hall.

Skipper said that he would not be able to vote due to his work with the developer on the project. He did participate in the discussion in order to update committee members on the progress of discussions with ALDOT.

Farmer told the committee that the proposed commercial rezoning would include three to five commercial lots along the highway. While Farmer said that he has received inquiries from a number of possible businesses, only one is currently confirmed, a convenience store and gas station, which would be developed by Paul Ott Carruth.

According to Trussville zoning rules, C2 commercial zoning allows for the type business Carruth plans to develop. There is currently not a convenience store or gas station on the north side of Highway 11 from Deerfoot Parkway to I-459.

Because the property falls within the Highway 11 Transition Overlay District, an area that provides for the transition from dense commercial near Interstate 459 and the Downtown District, those overlay requirements must be met by any commercial development.  The requirements include setbacks, parking, landscaping and exterior materials.

The rezoning of the residential portion in the rear of the property from R2 to RG would allow for approximately five more residential lots under RG zoning for every two lots that would be permissible under the current R2 zoning.

According to Trussville zoning ordinances, R-2 requires a 13,000 square foot lot, a minimum of 35 feet front and rear set back, a combined minimum side set back of 25 feet with not less than 10 feet on either side, 85 feet width at the building line and a dwelling size of minimum 1,300 square feet on the main level.

The requested RG zoning requires a 5,000 square foot lot, minimum 20 feet front set back, 25 feet rear set back, and may have a zero side line. However, there must be 10 feet of separation between homes, 50 feet width at the building line, and one story garden homes must have a minimum of 1,200 square feet.  The main level living space may be reduced to 1,000 square feet if there is a main level garage and a second story with at least 200 square feet of living space.

P&Z committee member Jane Bailey noted that the committee will only be voting on the rezoning request, not the final subdivision plans.

Farmer told the committee that he had held an informational meeting with residents in adjoining neighborhoods on Tuesday. After hearing their concerns, he had included an easement of five feet around the rear perimeter of the property to allow for a walkway for neighboring children.

Farmer said he felt like any controversy involving the development had been addressed and satisfied with the informational meeting.

Bailey recommended moving the item to the end of the agenda on Monday to allow other items to be addressed first and allow ample time for any citizens who may want to address the committee regarding the Highway 11 proposal.